There were over 150 entries to the competition from pupils in years 5 and 6 at Windmill, Low Road and Clapgate Primary Schools and the winners were revealed at the awards ceremony held last week (4 December 2017) at the GATE Community Resource Centre in Belle Isle. Well done to all the pupils who took part. With the standard being very high it was difficult picking out the winners but we feel the ones we have picked out are worthy indeed! Our fourth winner of the week is Suzanne Sharma from Clapgate Primary School. Well done Suzanne! 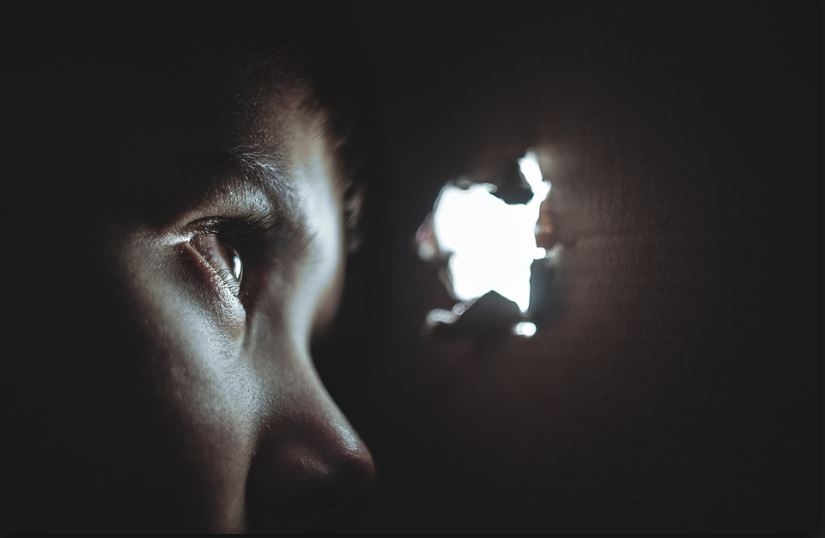 Through the Keyhole, by Suzanne Sharma

‘Ron Gaite!’ shouted Mrs Gaite, ‘how could you hit your younger brother? This is not the usual Ron we see now, is it?’

‘But, but..’ replied Ron, but he couldn’t finish what he was saying before his Mum responded.

‘No excuses Ron, I am extremely disappointed and that’s why you are grounded for today!’

He quietly walked off to his room. Ron wasn’t the sort of boy to argue or be rude, it was just that his younger brother Ryan got into him into trouble all the time. Ron shut the door of his room and was about to burst into tears, tears of anger. ‘I swear I want to kill my brother,’ he said to himself, ‘actually he’s not my brother, he’s an idiot!’ Just as this thought rose in his mind, he noticed something. It was a miniature door. It was strange that Ron had never seen this door before even after living in the house for over 9 years.  ‘I must be seeing things,’ he said to himself, reassuringly. But as he turned away he saw several doors with little keyholes.

Now you see Ron’s imagination very easily runs free so he started walking towards the door to peer through the keyhole to see what was on the other side, but just as he looked through, a flash of beaming light shined in his eyes, almost blinding him. ‘Ouch!’ he cried as his eyes started watering up. A second later Ron was sucked into the keyhole.

Minutes later Ron landed on a wet patch of grass which seemed to have appeared in the middle of nowhere. Ron felt a wave of fear sweep up him. This place did not seem friendly or pleasant. He picked up the courage and started to walk onwards but not even one minute later, a talking book appeared in front of him and started asking him so many questions so quickly that he did not understand. To Ron it seemed like a Maths book with multiple symbols but the thing he couldn’t understand was: is there such a thing as a talking book? And why would there be a strange and unfamiliar looking book in the middle of nowhere? He tried to escape but then another book appeared in front of him which seemed to have the word ‘ENGLISH’ wrote on it.

Ron had no idea what was going on and before he had time to think of anything Volderort from Harry Potter appeared. He was Ron’s worst fear. Ron tried thinking hard about what was happening. He then realised that all his worst fears were coming to life: Voldemort, Maths, literacy – HIS WORST FEARS!

It was up to Ron to resolve the situation but he did nothing. He just sat there saying. ‘I’m scared of you,’ and guess what? Just like that Ron was back at home, safe and sound. Simple. There was just one thing that was bugging him – would anyone believe him when he told everyone about this?