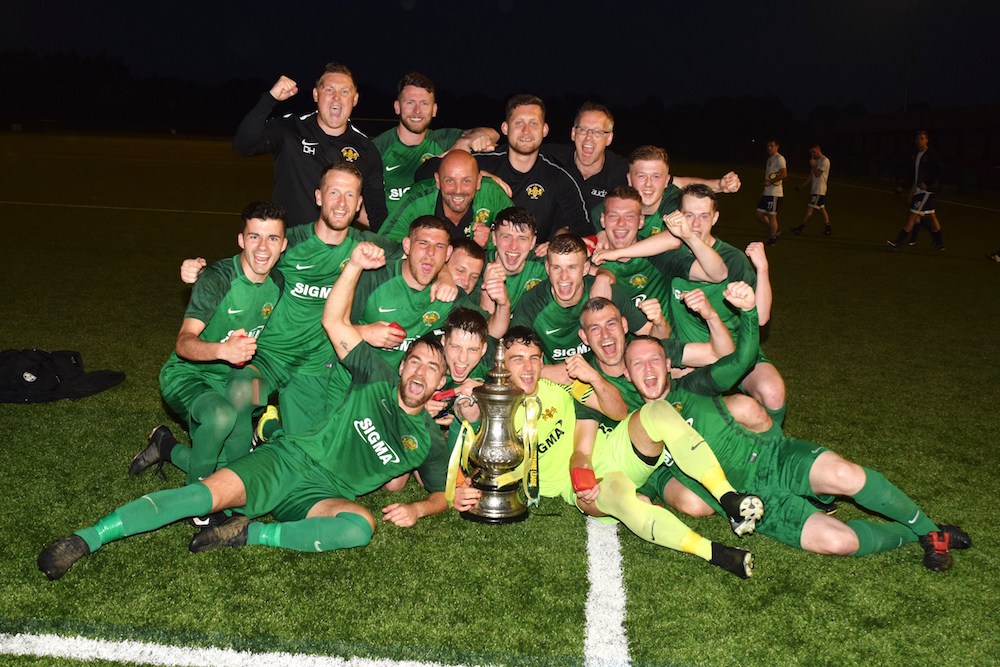 Stephen Crawford, Gareth Groves and Joe Wood scored for Beeston. This is the second time in three years Beeston have won this prestigious cup and it’s their 6th trophy in the last three seasons.

Congratulations go out to the players, staff and supporters of the Club.

Report and photos by John Adamson