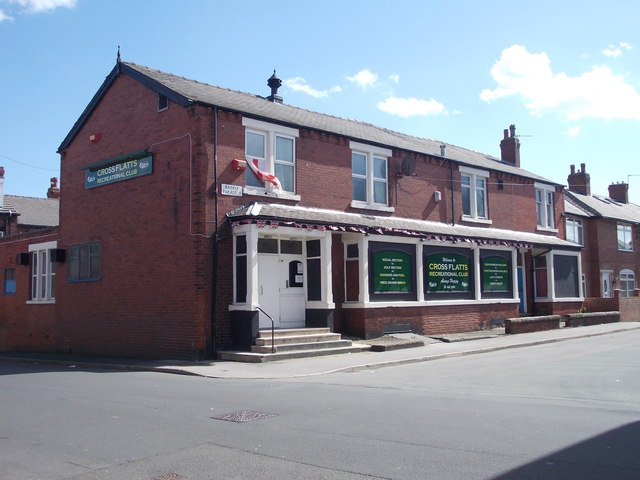 The scheme, which is currently being consulted on, would see residents given permits to park on their street, but football supporters from out of the area would not able to park on these streets. Currently streets, particularly in the Cross Flatts, are choked with supporters cars when Leeds United play at home.

Bill Birch said the SOB Committee had reservations about the scheme and set out a number of issues.

The zone runs from Beeston Road down to Theodore Street and Oakhurst Mount. It was felt this would merely displace the problem to streets further south. Only residents within the zone had been written to, but it would affect residents outside the zone.

He said Leeds City Council were imposing a plan without proper consultation having sold off one of their car parks to build the new Police headquarters. He questioned how the scheme would be paid for and suggested that over zealous enforcement would be required to raise the income through fines.

He was also concerned that this might be the thin end of a wedge with the scheme being extended to more days once the new ice rink was built.

In the debate residents said the problem lay with Leeds United and that they should be made to sort it out and the car parks were too expensive.

Cllr Angela Gabriel said the problem wasn’t the cost of the car parks, but drivers not wanting to queue to leave the car park after the match. The car parks are never full on match day so creating more spaces next to the ground would have little impact. She explained that the scheme was being paid for by the PFI company that built the Police HQ. It is still only a proposal and enough people object to it, by replying to the consultation letter, it won’t happen.

Many residents wanted to discuss the scheme face to face with Highways Officers from the Council. It was suggested that they could be invited to a meeting of Beeston Forum.

The meeting went on to discuss crime, which Sean Sturman from SOB described as “rife” in Beeston. Police officers present said that reported crime was low with typically two or three crimes a day being reported for the Beeston area.

Residents were encouraged to report crimes to the Police, no matter how small, as this helped them build up a picture and target resources where they are needed. Crimes can be reported online at: www.westyorkshire.police.uk/reportcrime.

You can view a map showing details of crimes committed in your area on the www.police.uk website.

The meeting also heard an update on the Aspiring Communities planning application for the Ice Pak site. The issue will now be decided by a planning Inspector, but no date has been set for a hearing yet. Bill Birch asked residents to volunteer to carry out a baseline traffic survey of the area.