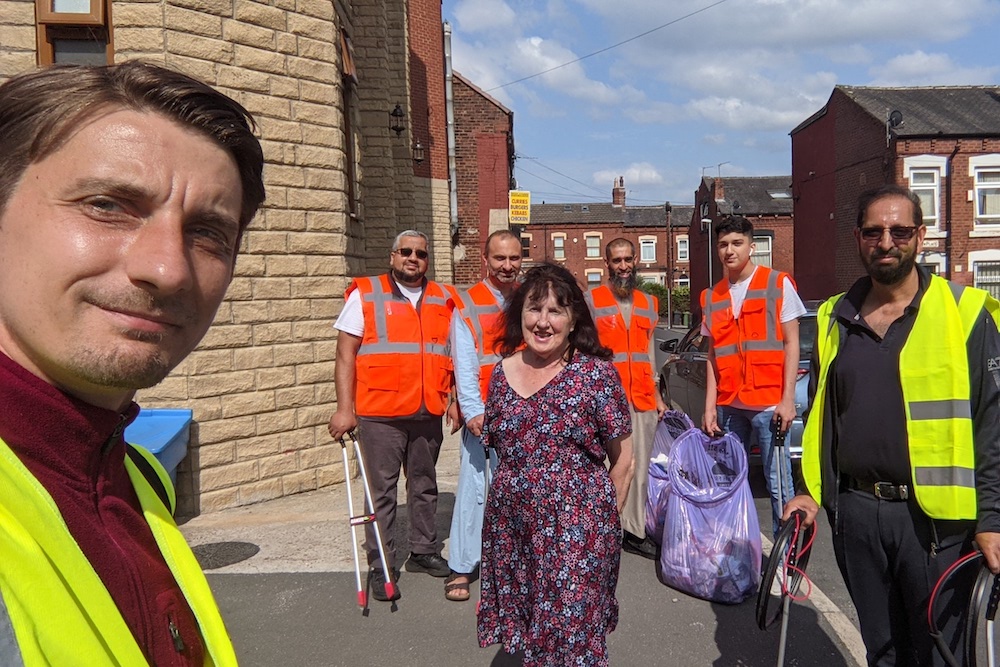 Hunslet and Riverside Ward Councillors have thanked volunteers from Masjid Ibraheem on Woodview Road, Beeston Hill for their volunteering efforts to litter pick the Woodviews neighbourhood around their mosque.

“Thank you to the mosque community for ‘adopting’ these local streets. It is a great example to others, and I hope other local institutions follow suit. Though some people passing through these streets will still drop litter, you can really notice the difference compared to beforehand.”

“We at Masjid Ibraheem would like to thank our local Councillors for letting us engage in helping our local community by cleaning up the streets and creating a safe and clean environment for them and their children. It has helped us bridge that relationship with the locals as they have also been keen to get involved.”

To support the mosque, the Hunslet and Riverside Ward Councillors provided them with a full community litter picking kit, so they didn’t need to depend on booking the councils kits weekly.

“If other local institutions can commit to a regular litter pick of the area they chose to adopt, Cllr Elizbeth Nash, Mohammed Iqbal and I will gladly look at providing them with their own litter picking equipment –  assuming funding is available at at the time of the request.”

Masjid Ibraheem hold their weekly litter pick at 2pm on a Saturday meeting at the mosque on Woorview Road.