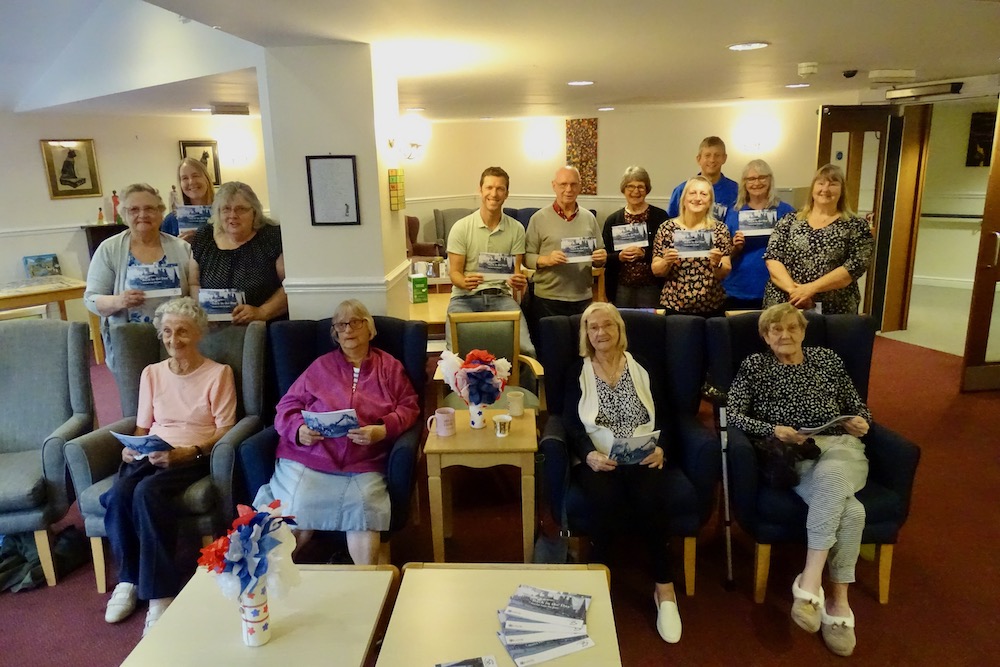 A new booklet full of memories of everyday life in Beeston has been launched by Better Action For Families (BAFF).
Originally to be called ‘What Nanna Used To Say’ the booklet is titled ‘Back In The Day’ because as older people at Cardinal Court recounted their memories, they invariable started their comments with “Back in the day …”

Lynn Bailey explained the booklet is designed to start conversations:

“I hope older people, perhaps grandparents, will read the book with children. It’s important that young people understand how things used to be, not so very long ago.”

The project ran over three years, due to the interruption of the pandemic, with the group meeting weekly.

“It was really great going through all these sayings, it took me back in time. I remember lots of people saying we didn’t have any money, but it were better times” Lynn added.

Subjects covered by the booklet include Christmas, home and childhood, cinema and TV, health, food and drink, and money. Comments include:

“I chopped up wood and sold it for fire wood so I could go to the Saturday matinee at the local pictures.”

“I love the idea of having a fire under the fire to wash clothes because I think now we just turn the tap on and take hot water for granted, although maybe we’ll stop taking it so much for granted with the challenges that are coming, but it’s nice to remember how privileged we are now rather than being negative.

“I’m really pleased that this book has been published and I hope that they will be around the libraries and many people in Beeston will read them.”

The booklet, which is beautifully illustrated with photos from the Leodis archive, is an Asset Based Community Development (ABCD) project partnership between BAFF and members of the Cardinal Court coffee morning and was funded by Leeds City Council.

It is available through libraries, churches and schools or email baff2007@hotmail .co.uk