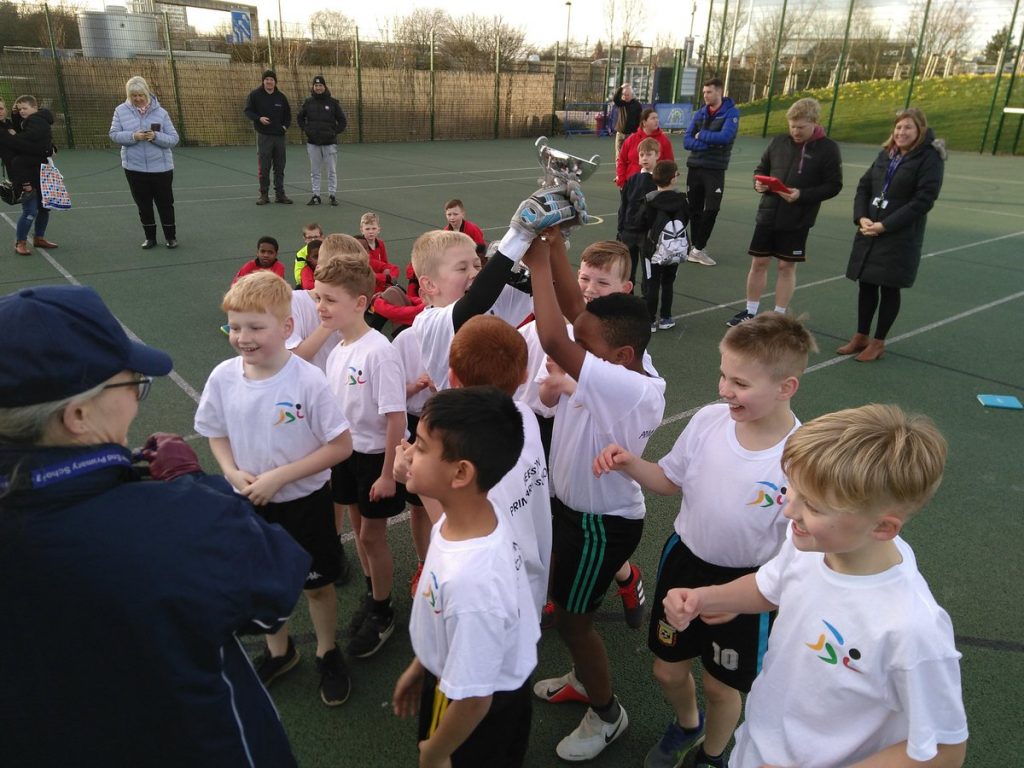 Beeston Primary emerged victorious from the inaugural Under 8s Football Cup in Beeston this week, after a nail-biting 2-1 final against Holbeck’s finest from Ingram Road Primary.

Following a visit and a pep talk from Leeds United player Kemar Roofe, and the Third Place Play-Off (see below), the final quickly took off at pace.

The end-to-end match saw Ingram Road demonstrate some energetic play early on, and come close to scoring – but the well-drilled Beeston Primary started to control the game with some intelligent and skillful play as the half ran on. Ingram Road did look dangerous on the counter-attack – but Beeston eventually broke the deadlock just before halftime, when one of their players danced all the way out of defence before placing a long-range looping shot into the far corner (1-0).

The second half continued much the same, with Ingram Road breaking hard, but unlucky to see a clutch of chances pass them by. Then another moment of class from Beeston saw them double their lead, with a well-placed long-range volley sailing into the far corner of the Ingram Road goal (2-0).

Just as Beeston seemed to be growing in assurance, Ingram Road seized the initiative with a thunderous volley past the Beeston keeper (2-1) – and they proceeded to maintain the pressure with a series of probing attacks and chances. But it was too little too late, and Beeston hung on to claim victory.

“It’s amazing to win this trophy – but credit to Ingram Road too, it was a great match. We wish them better luck next time.”

Earlier in the afternoon, St Luke’s Primary and Lane End Primary fought out a nervy 0-0 Third Place Play-Off. The resulting penalty shoot-out saw St Luke’s edge it 3-2, with their keeper the hero – saving three penalties, then scoring one himself.

The cup is the brainchild of Fred Francis and his team at Lane End Primary, and they hope to develop and expand it to include other local schools in the near future. For more info, contact the school here.