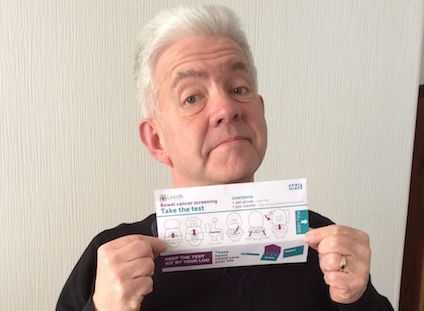 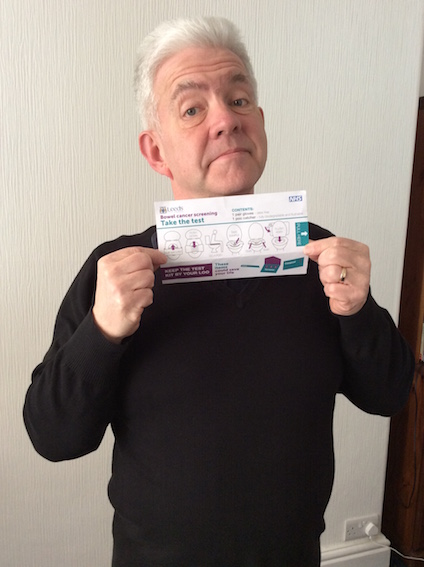 Ian is helping raise awareness among 60-74 year-olds about the importance of taking the NHS bowel cancer screening test for Bowel Cancer Awareness Month in April.

Ian got involved in the campaign after hearing about efforts by the NHS in Leeds and Leeds City Council’s Public Health team to encourage more people in Leeds to take the test, including piloting a special helper kit to make the test easier to do. Currently around 58% of people take the test in Leeds, but this drops to less than 30% in some parts of the city.

All 60-74 year-olds in England receive the bowel cancer screening test, which can be completed at home, every two years. The test can detect the signs of bowel cancer even before symptoms appear, which is crucial in tackling a disease that is one of the easiest cancers to treat successfully if caught early enough.

“I turned 60 this year and I was happy to do the bowel cancer test when it plopped through the letterbox. It’s simple to do it and it could save your life, so when it arrives get the sticks and get testing!”

Philip Lewer, Chair of NHS Leeds South and East Clinical Commissioning Group said: “Like Ian, I am also eligible to take the test and I’ve made sure I take it whenever I am sent it. Ian is such a popular writer, we’re delighted that he is backing our bowel cancer screening campaign in Leeds. We hope his fantastic poem will encourage people to talk about the test and feel more comfortable about taking it. It really could be a lifesaver.”

This is the best game of poo sticks you’ll ever play;

Test yourself, don’t be afraid and do the deed today.

Keep the test kit by the toilet: it will be your mate,

Drop the poo then catch it: careful, ah! Too late!

Think of it as snooker: just pot the brown.

Long and happy years ~ with your husband or your wife!