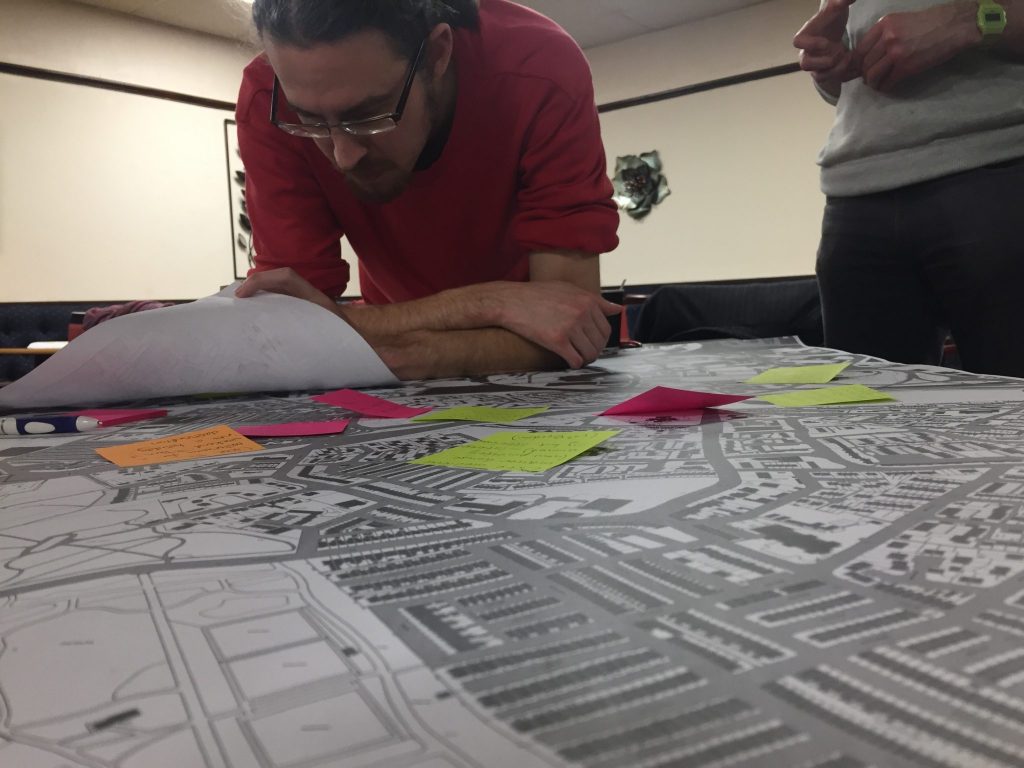 On a rainy Saturday afternoon, I find myself sat in the back room of the Holbeck Working Men’s Club, Leeds United are playing at Elland Road whilst a small group of Norwegian fans down beer and sing songs in the other room. I am here for a presentation that will ignite a new project for the Holbeck area at a time when it’s identity is in question, due in part to the South Bank regeneration project.

The Walking Around Research Group (WARG) is the brainchild of Dr Simon Bradley in collaboration with Anzir Boodoo. WARG is a complex web of ideas that takes its cues from many movements that have dealt with art, politics and society over the course of the last century. Whilst the background to the formation of this idea may be complex, the aim is not. Simply put, this is a project designed to get people walking for no other reason than the act of walking itself. Bradley and Boodoo are clear to state in their humorous introduction that WARG is defined by what it is not. WARG is not about any stated health benefits, even if for some it may be an unintentional outcome; it is not about heritage although this may indirectly have some input as the area is steeped in such a rich, and largely forgotten history. WARG is, by its own definition about connectivity, the connection between people and the people with the area of Holbeck through personal reflection. The intention of WARG is to create a highly personalised phenomenological map of the area through both memory and the desires for the future of those that engage with the concept.

The next dates for WARG events will be Friday 10th March and Sunday 19th March. The times and starting locations for these are yet to be confirmed but you can find out by joining the group on Twitter twitter.com/wargista on Facebook at www.facebook.com/wearewarg or alternatively contact them directly for information at warg@transcience.co.uk