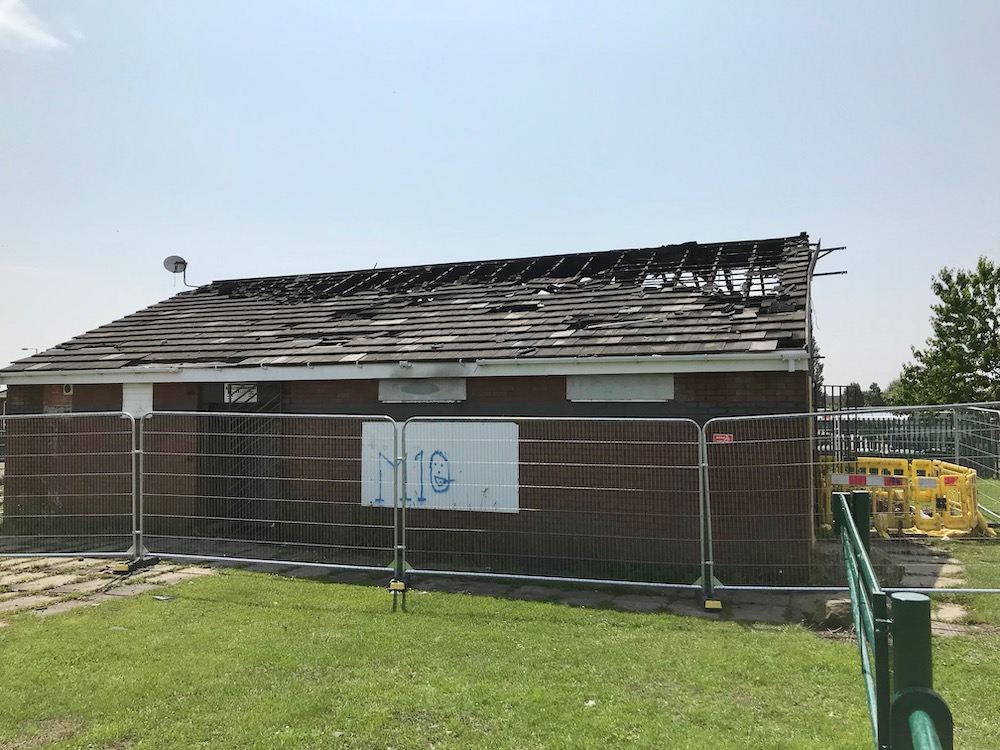 A community building in Middleton has been damaged in a suspected arson attack on Thursday night (27 June 2019).

The former Middleton Marauders ARLFC clubhouse on Acre Road has been empty for some years and previously suffered vandalism.

West Yorkshire Police were called just after 9:30pm on Thursday evening to a report of a fire at the building and saw several youths running from the scene as the fire took hold. West Yorkshire Fire & Rescue Service attended and extinguished the fire and the building was secured.

“The building was earmarked by councillors to be demolished. It could have been avoided if the council had given our football club (Middleton Park FC) the chance to take the building when I asked years ago, but they said it was earmarked for someone else who never materialised and rather than come back to us, they choose to ignore our efforts and let is rot!”

“After the previous users vacated the building it took some time to come into the council’s possession because permission was needed from the Big Lottery Fund to make the transfer.  At that point the building was already in an extremely bad and vandalised state internally and the costs of bringing it back into use were huge due to the damage and the defective boiler, plumbing and electrics.  These costs ran into tens of thousands of pounds.

“As ward councillors we tried to find a future for the building by working with local organisations over many years, but unfortunately no one came up with a sustainable plan to cover the substantial cost of repairs and future running costs of the building.   We will continue to work with local groups and organisations with the aim of improving provision in the local area.”

Anyone who has information about the fire is asked to contact the Leeds South Neighbourhood Policing Team on 101 (or 101 Live chat) referencing crime number 13190325914.