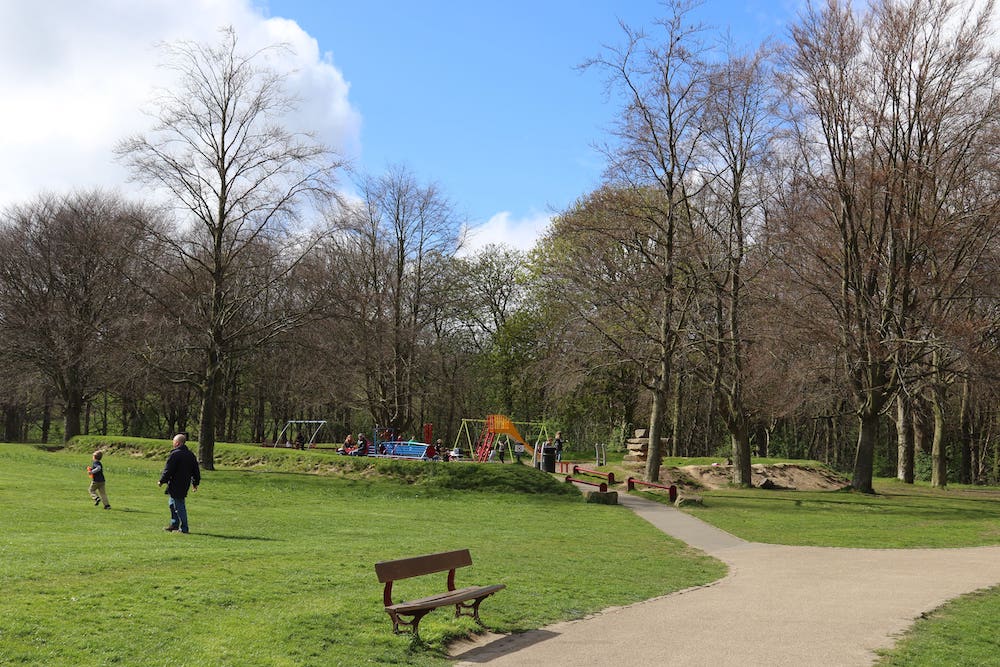 The importance of the natural environment for the health and wellbeing of individuals and their families is now acknowledged. In today’s busy world, parks, woodland and open spaces are now seen as important assets to the community.

Wade’s Charity – Leeds oldest independent charitable trust has been helping the lives of residents of Leeds since it was founded in 1530. Providing large areas of parkland, city centre and community open spaces, recreation grounds and sports fields across the old pre-1974 Leeds City – Wade’s land can truly be considered “Leeds Natural Health Service”.

Wade’s parkland such as Middleton Park, Gotts Park in Armley and Beckett Park in Headingley are vital “lungs” where inner city residents can enjoy both relaxation and amusement.

Playing fields and recreations grounds owned by Wade’s are to be found throughout its territory including: Hunslet, Osmondthorpe, East Leeds, Cross Green and Burmantofts, Rodley and Adel. These spaces provide vital venues for scores of local sports clubs and teams as well as places for residents to exercise, unwind, relax and simply have fun.

Working with Leeds City Council and community groups Wade’s has contributed financially to the improvement and upgrading of these facilities. The charity also has substantial areas of communal open space where local groups help in their care such as woodland at Gledhow and an orchard in Far Headingley .

Recent findings from Public Health England as to the benefits of spending time in the natural environment show:

Physically active people have a 30% reduced risk of becoming depressed

Parks and Open spaces are restorative, uplifting, and healing for both physical and mental health conditions

A recent House of Commons report into the benefit of public  parks also concluded parks and green spaces contribute £2.2bn to public health in England, whilst the benefits of wellbeing  add an extra £30bn to the UK’s economy.

Many Leeds residents have never heard of Wade’s Charity but do know of the open spaces they own and lease to Leeds City Council at a peppercorn rent or the grants provided to local community projects. But whilst Wade’s Charity remain one of Leeds best kept secrets – the benefits they provide to Leeds Natural Health Service through their landownership  cannot be underestimated.