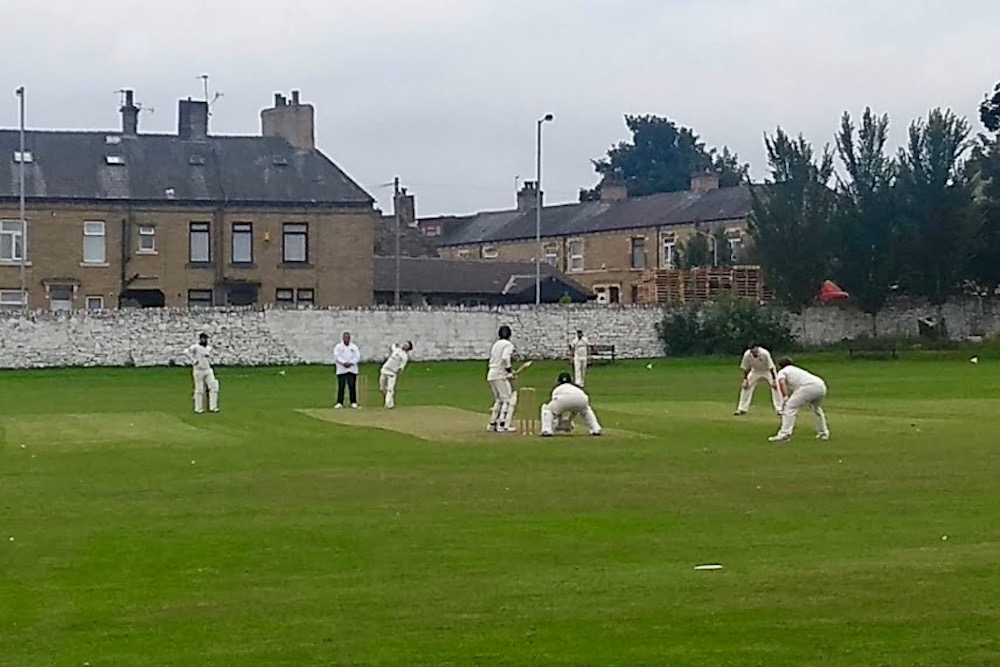 Hunslet Nelson Cricket Club’s first XI captain Andy McIntosh admitted his team were “the architects of their own demise” as they crashed to a 139-run defeat at Bowling Old Lane.

An error-ridden display in the field allowed the Bradford side to rack up 251 runs before the visitors slumped to 112 all out in their chase.

Despite a comprehensive win over Hopton Mills last time out, Hunslet Nelson’s batting once again failed to fire on the road, after they were bowled out for 124 at Division Two leaders Sandal in their opening game.

But four bowling bonus points push them up to 7th in the table, with Nelly having played a game less than most of their rivals.

However, a season-ending injury to key player Patrick Hinchliffe, who had to retire hurt and visit A&E for an X-ray scan after being struck on the hand while batting, represents a big blow.

“We have lost a couple of players so we’re five down from what we would have been at full strength. They outplayed us from start to finish,” said McIntosh after the game.

“We didn’t bowl or field as well as we would like to have done. We were probably at 60% here for most of the day. We were the architects of our own demise.

“We give up a lot of time on a Saturday and we want to represent the club the best we can. Obviously we’ve not done that today but we’ll come back firing next week.”

Having won the toss and elected to bat, Bowling Old Lane suffered an early setback when Hinchliffe flicked the ball onto the stumps at the non-striker’s end to bizarrely run out Faizan Haider, before Glen Thompson removed Awais Khurshid to make it two wickets in consecutive overs.

But Hunslet Nelson’s momentum was short-lived as left-handed opener Sanaullah Nasrat’s power dominated the bowling and pushed up the run rate.

Wickets for Sam Thewlis and Alex Rose briefly stymied the flow of runs, but the onslaught continued as No 4 Ahsan Alishan cashed in on some loose deliveries and a dropped catch to finish the innings unbeaten on 102 from 93 balls, with 12 fours and 2 sixes.

The hosts ended their innings on 251-8 to set a dauntingly high asking rate of 6.3 per over, with Hunslet Nelson picking up four valuable bonus points to take back down the A647.

But the outlook for the away side quickly became even gloomier than the grey skies above Bradford when the improvised opening pair of Thewlis and Archie Haddon departed to Zeeshan Haider in quick succession.

A nasty, rearing delivery struck Hinchliffe on the hand and forced him to retire, in another body blow for the visitors.

The wickets tumbled at regular intervals as the required run rate continued to balloon, with no Nelly batsmen able to form a partnership to earn batting bonus points as Bowling Old Lane dismissed the visitors for 112.

Hunslet Nelson will aim to bounce back against Spen Victoria next Saturday (22 August) and begin their T20 Cup campaign after their game against Oulton was postponed on Sunday 16 August due to poor weather.