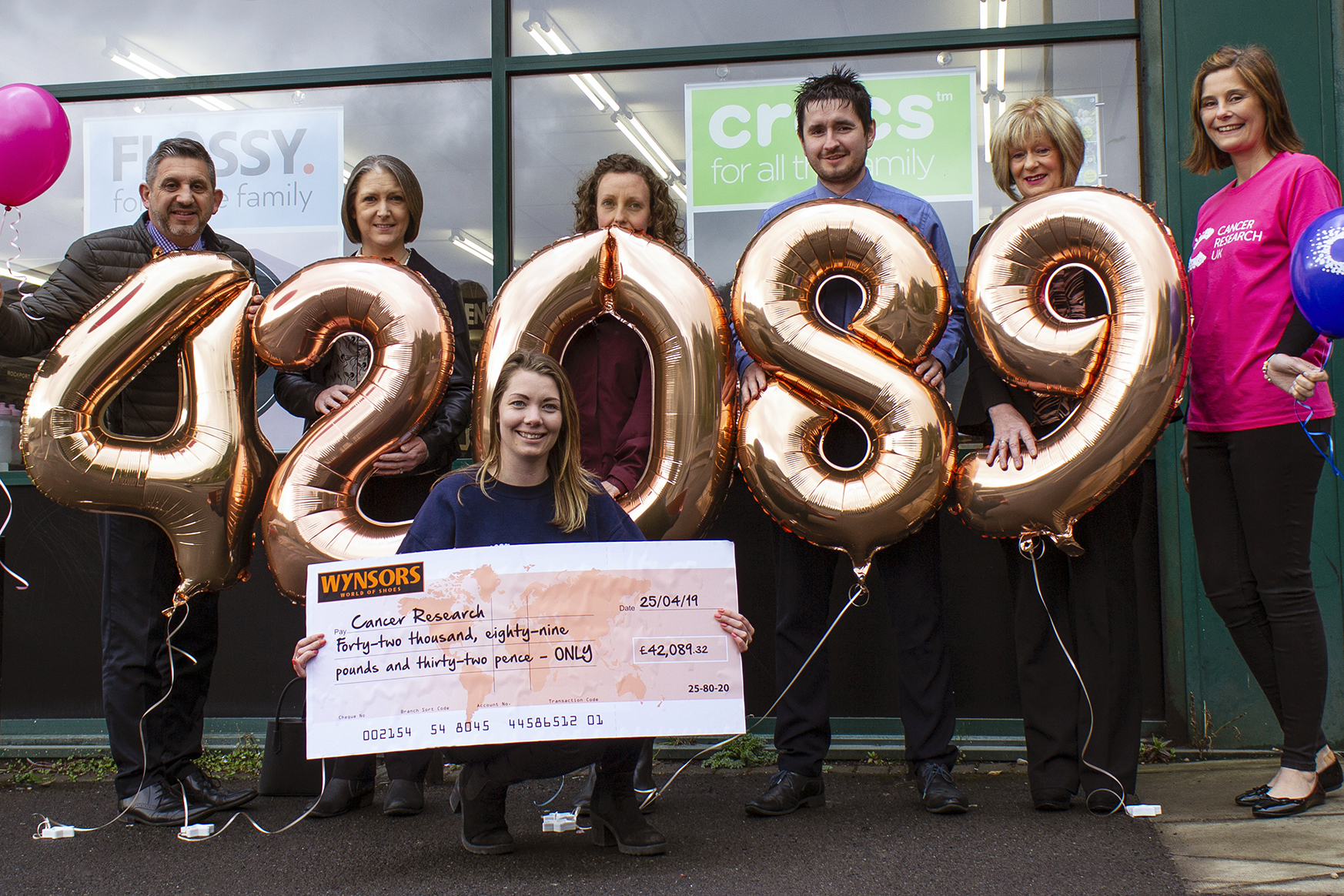 Wynsors World of Shoes in Leeds has announced that Candlelighters will be its new fundraising partner for the next year, after the decision was made to let store colleagues select local charities that would make a difference on their own store’s doorstep, allowing for customer donations to be invested into the local area.

The footwear retailer has recently relaunched its charity initiative, which previously saw £42,089 raised over the last two years donated to the national charity, Cancer Research UK. This new initiative will see multiple local charities receive support from the 45 stores across the North of England and Yorkshire.

Colleagues across the company were encouraged to put forward deserving causes that hold meaning to them to ensure that their fundraising efforts make a difference in their own communities. Candlelighters has been recognised by colleagues at the Leeds, York Road branch for the amazing work that they do within the local community and have been confirmed as the stores fundraising partner for the year. Wynsors also has a branch at Middleton District Centre.

Candlelighters support families facing children’s cancer in Yorkshire. They get involved in all sorts of different projects to help ordinary families who are facing extraordinary circumstances. The charity aims to improve the lives of young children, giving them fun opportunities and making every day as positive as it can be for both patients and families alike.

“Here at Candlelighters, we are thrilled that the Leeds Wynsors store have chosen to partner with us. It’s great that they have chosen to support a local charity like ourselves, and their support will make a huge difference to children and their families affected by childhood cancer.”

“We’re so pleased with the introduction of the new charity initiative which will see each of the store teams making a difference in their own community.

“Being able to support such a valuable local cause as Candlelighters over the course of the next year is fantastic and we’re excited to see all money raised be put to good use in our local area.

“We understand that donations are vital for smaller charities to continue with their hard work and it’s great to be able to offer our ongoing support to a cause that’s close to all of our hearts.”