A project to transform the Tower Works site into new homes, offices, shops and restaurants has been approved by Leeds City Council’s city plans panel.

The site, which was originally a factory from the 1860s to 1978 will now be developed by Carillion, who had previously been selected by the Homes and Communities Agency as the preferred development partner for the site. 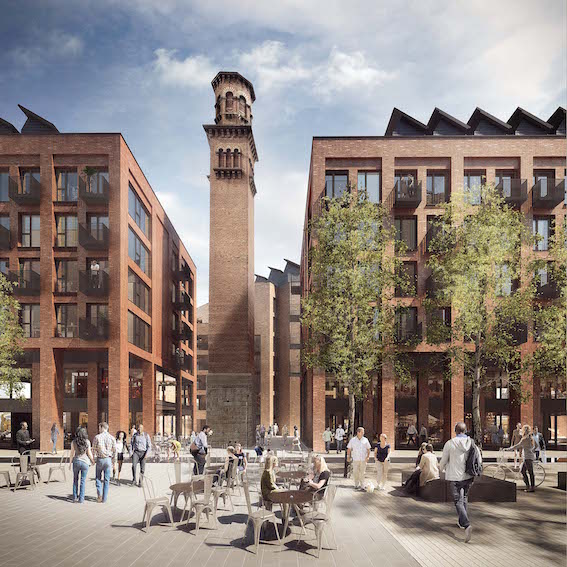 Work will begin in June this year and will preserve the three ornate Italian towers and the Engine House on Globe Road, which are all listed buildings.

Ten new buildings will be constructed, including 160 residential units including townhouses, and more than 11,800 square metres of new office space as well as retail space for shops, restaurants, cafes, and licensed premises.

The development will also involve improvements to the nearby canal towpath to encourage pedestrians, and will further link the city centre to the Holbeck Urban Village.

“We are pleased to see plans to regenerate this historic part of Leeds moving forward. The redevelopment of the Tower Works site will create a dynamic new hub for businesses, residents, visitors and shoppers which will be a cornerstone in the regeneration of the whole area. Above all it is important to us to see this site protected and preserved as well as securing its future and maximising its enormous potential.”

“The team worked closely with the council to ensure that the design response not only builds on the heritage and character of the area, but meets the needs of the people who will live and work at Tower Works. Half the development site is given over to pedestrian and public space, so it will play a vital role in the connection of Holbeck Urban Village to the centre of Leeds and future transport hubs.”