Following the success of its production of Peter Pan last year The Hunslet Club have confirmed that this year’s pantomime will be the traditional  favourite “Cinderella”. The audition process gets underway on Saturday (1 July 2017) with the Club recruiting two dance sections (under 10’s and over 10’s) along with the key roles including the Fairy Godmother, Ugly Sisters, Prince Charming and of course Cinderella.

Hannah Clarke, Performing Arts coach at The Hunslet Club will be directing this year’s production and is no stranger to community panto being involved in St Andrew’s pantomime for the past few years.  As well as actors and dancers the Club is also looking for volunteers keen to get involved in the project.  Support roles include stage hands, lighting, props, makeup, hair styling, refreshments etc 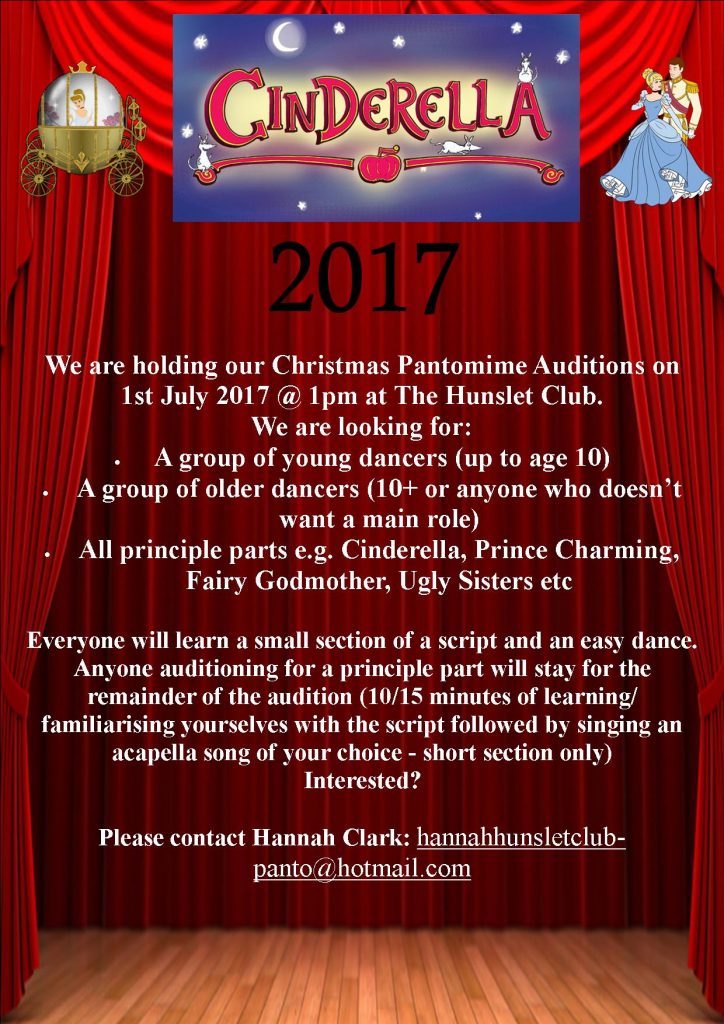