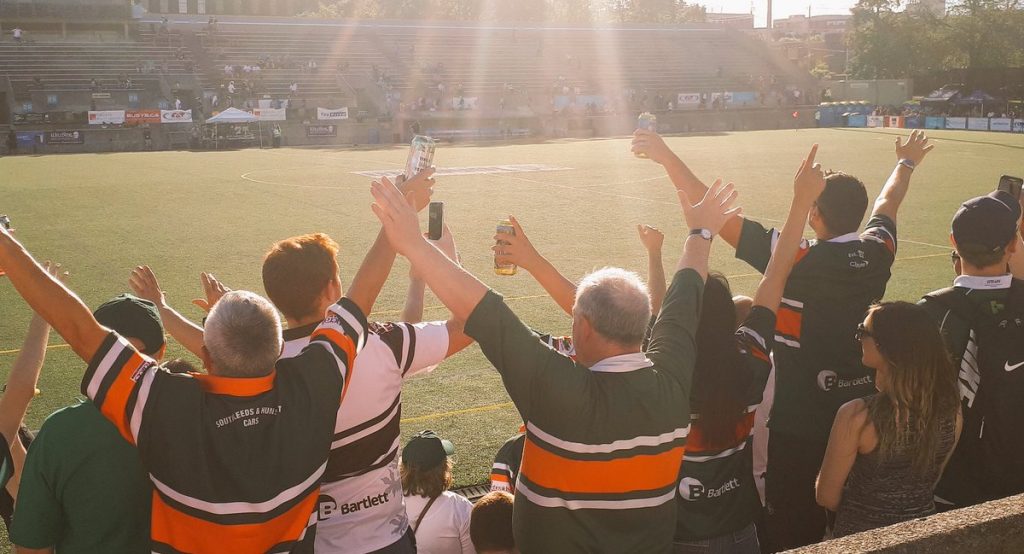 Hunslet RLFC made history on Saturday (24 June 2017) playing their first game on another continent. Unfortunately the came up against the unbeaten full timers of Toronto Wolfpack who won the match 52-10.

Toronto Wolfpack are a new club with ambitions to play in the Super League and help Rugby League break into the North American sports market. They have a rich backer and fully professional squad as they play their way through the divisions. Not surprisingly they have a 100% record in League 1.

Hunslet stayed in touch with their hosts through the first half going in at the break 22-10 down, but the Wolfpack ravaged them in the second half scoring 34 unanswered points, romping to an easy 52-10 win. Mufaro Mvududu and George Flanagan scored Hunslet’s tries with Joe Sanderson kicking a goal.

As ever Hunslet’s supporters made their presence felt with up to 150 fans singing their support throughout the match.

Hunslet desperately need to find some form in their next three games, against Coventry Bears, London Skolars and Newcastle Thunder, if they are to salvage anything from this season.