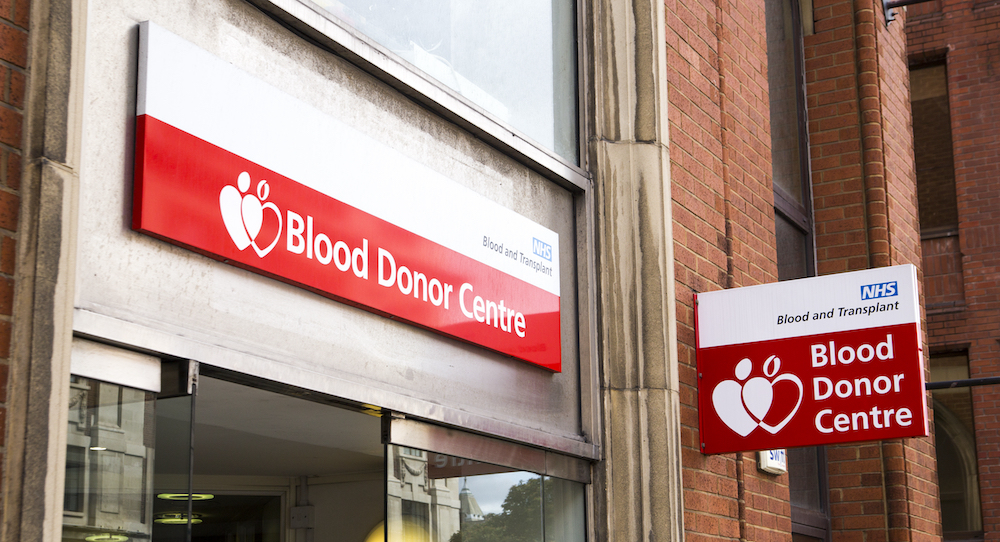 Many of our readers will have come across Rev Lindsey Pearson, the Vicar of St Mary’s, Beeston, and a regular blood donor. But have you met her husband, Andrew, who is also a vicar (at the Church of the Venerable Bede, Wyther, between Armley and Bramley), who has given 565 blood donations? Here, he tells us more.

I wonder how many of you have a ‘bucket list,’ perhaps along the lines of a ‘hundred things to do before you die’?

When I was coming up to my 50th birthday in 2009, I had an ambition to achieve 500 blood donations before reaching sixty years – which I managed in April 2019, six months before my 60th birthday.

So, how, you might wonder, is it is possible to give as much as this? You can give blood from the age of 17 and onwards and keep going until you’re 70. If you have had certain diseases or have simply had flu’ you may not be able to give blood (or, at least, not for a while).

Every time I go to donate (at the Donor Suite on The Headrow in the centre of Leeds), I have to answer a questionnaire and I tick a lot of boxes about my health and whether I have been abroad. As a consequence of visiting Sri Lanka on a work trip last year I couldn’t give blood for two months, and the vaccinations I needed ahead of going there (for cholera, typhoid, etc) also stopped me from giving blood for three months before that trip.

I started giving blood when I was still at school and for many years, I gave whole blood (the red stuff). It takes about half an hour and the worst of it is having a finger pricked to give a tiny drop in order to test your iron (haemoglobin) levels and, shortly afterwards, having a bigger needle in your arm for the donation to take place.

Back in the 1990s, I was asked if I’d be willing to be a platelet donor. This is the component of blood which helps blood to clot (useful in major operations or with victims of serious accidents) and, confusingly, it comes out yellow!

Whole blood donors can donate 3 or 4 times a year because it takes around three months for the body to make new blood. However, platelet (and plasma) donors can give as often as fortnightly, because these components are replaced by the body within a week.

Blood donors get various credits, badges and certificates, that sort of thing. I also get a text about a week after I have given blood, which tells me where my donation has gone. Only once has it gone to St. James’ Hospital in Leeds (and just once to LGI) but it’s also gone to Liverpool, Manchester, Newcastle, Leicester, Norwich, and so on. I’ve been told that every donation (all 565) can help as many as four people. You do the maths!

For me, this is what makes it so worthwhile: giving to help others, and I personally value that the gift is indiscriminate, anyone can benefit from it.

Having donated platelets and plasma a few years ago, on a sunny day in Leeds (we do have those to look forward to), I was hailed in Albion Street by a ‘chugger’! This is a ‘charity mugger,’ one of those people who stop you in the street and ask you about a charity, and end up asking if you’d like to give, say £3 a month, to help their work. Well, this young woman’s opening line, seeing the tell-tale bandage on my arm, was, “Have you just given blood?” When I said, “Yes,” she replied, “You saved my life!”

She went on to tell me that, even though she was still in her ‘twenties, she had had leukaemia and had received many units of plasma during her treatment. I asked her what blood-group she was and she said, “A-positive.” I said, “Perhaps I did help save your live then as I’m A-positive as well!”

After that, she gave me a big hug and I felt ten feet tall. I left our encounter thinking: ‘she didn’t mug me but she did hug me’!

Which brings me back to my bucket list. As my next decade will take me to being 70 years old (after which I may not be able to give blood) I have decided that I will do my best to try to make it to a thousand donations!

Donations are still welcomed despite the pandemic and the Blood Donor Centre is operating in a fully Covid-safe way.

Photo: Leeds Donor Centre on The Headrow by James Copeland via Shutterstock