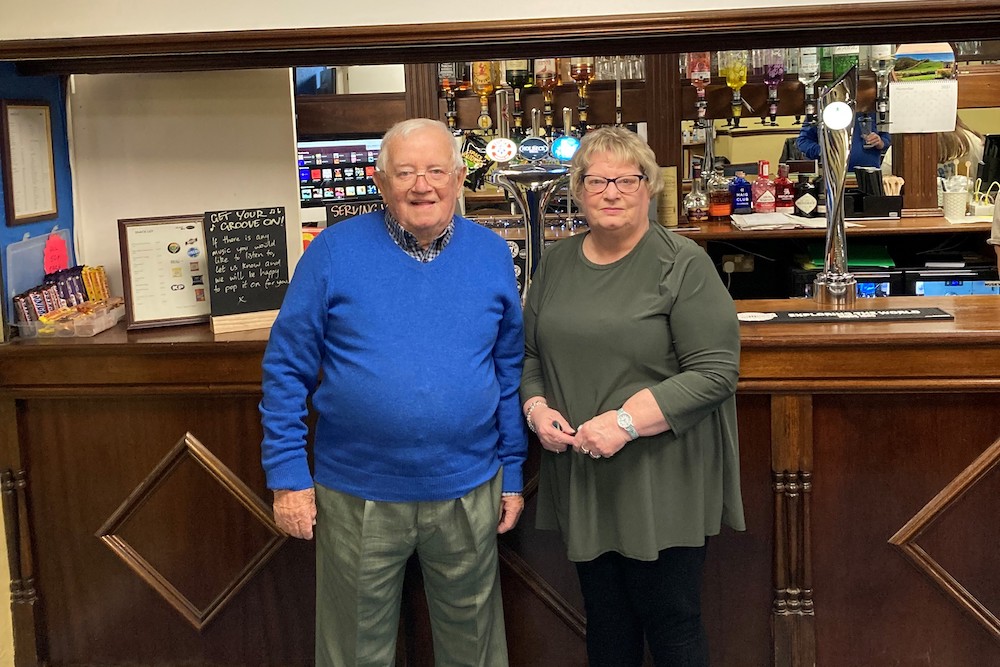 I spent a great Sunday evening at The Holbeck meeting Caroline Turner, the first female president of the club in its over 140-year history and hearing from staff and club members about this historic moment.

As Vice President Caroline became President after the former President, Ian Pickup, stood down in September. She will be in post until February 2022 when the next AGM is held and she already plans to stand for another year’s term. Caroline has had a long relationship with The Holbeck having previously worked behind the bar fifteen years ago.

She is still working through her full plans for the club and getting used to the role but one of her first aims is to get more members in during the evenings. She wants to be there for members and help them if they need things sorting out in the club. She is going to work hard for them; “you have got to be there for members, you’ve got to fight for them”.

As to how it feels to be the first women president, Caroline says it feels “strange…especially because it is the oldest club as well…it has always been a man…but I will get used to it. There are things I want to do to it”. She thinks the culture has changed and would tell other women locally who want to be involved “to go for it” and has found members and staff have been happy for her.

Another former club President, Terry Nichols, is offering his full support and he thinks she will be a good President for the club. He told me “I will be there as a shoulder to lean on if she needs me.”

Members and staff were also positive about her election;

“I think it’s great…it’s fantastic to see the times are changing”. “I am all for women in power! …I always see her, she always comes in”, “She represents the club really well…”. “I think it is absolutely fantastic…there will be some people that perhaps don’t agree with it…but… having the first women president shows the club is moving on”.

Alan Lane, the Artistic Director of Slung Low based at The Holbeck said:

“As managers of the club, Slung Low takes great pride that the members still have a real sense of ownership and with Carol’s presidency that is clearly demonstrated for all to see. Our hope for her presidency is that the club continues to welcome all through the doors in whatever way they can find joy here whilst still honouring those who have been members for many years”.

Caroline was clear new members are always welcome whilst never forgetting former ones, saying; “You lose members but you can also gain new ones and still remember the older ones”.
Membership forms can be collected from behind the bar at The Holbeck and you can find out the latest news on their Facebook page ‘The Holbeck – Holbeck WMC’

Photo: Terry Nichols and Caroline Turner in the bar at The Holbeck