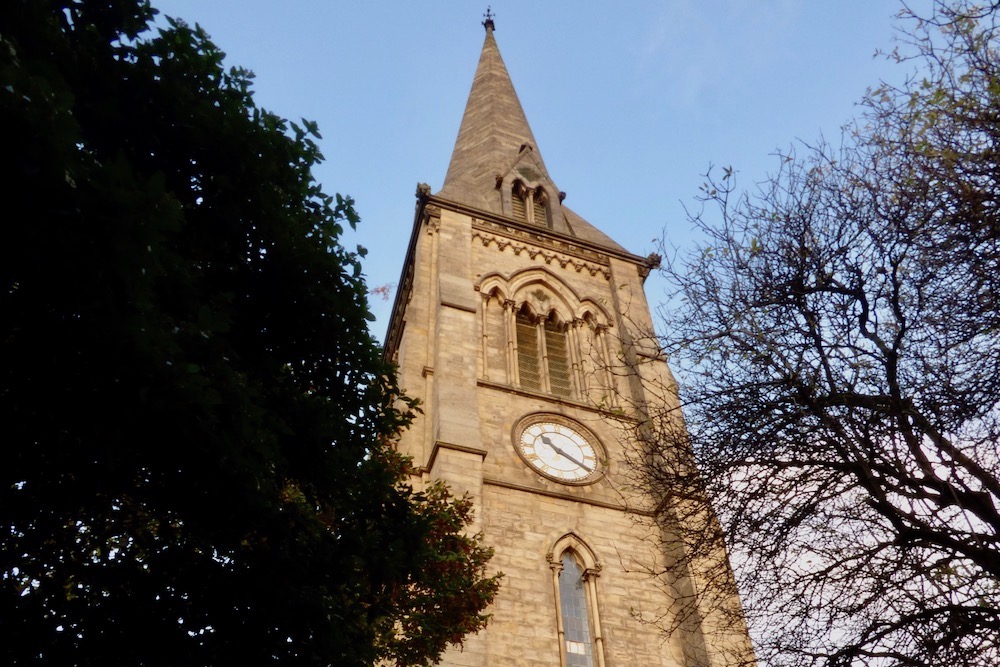 It was upsetting to local residents when the Church of England had the bells from the listed St Mary the Virgin spire removed and loaded onto wagons and driven away.

Part of Hunslet’s history had gone and this was done without any warning or notification to residents and your local councillors.

I am pleased to report that the bells have not been taken for scrap but sent to another St Mary the Virgin church – at Combs in Suffolk. Currently, Combs has four bells but three cannot be used because of their very deteriorated condition and the Hunslet bells will make up a good peal. We may not hear them in Hunslet but I think it’s good to know that the lives of the bells will be extended elsewhere.

Some of the Hunslet bells did not sound so good as they had gone out of tune, that is, ever so slightly out of shape. Until relatively recently this could not be corrected but bells can now be tuned and our Hunslet bells will be tuned before installation at Combs.

The ringing of church bells is used primarily to summon people to prayer. But they are also rung on special occasions such as weddings or national celebrations. In the past they have also been rung if there were a threat of hostile invasion or warnings of natural disasters such as the life-taking floods in the East Anglia Fens.

With the advent of the internet and widespread ownership of telephones there are now more effective ways of informing people of the latter, although the Environment Agency has asked some churches in very high-risk flood areas to continue ringing bells as a warning in case there is an electronic failure.

Parish churches, dependent on what space they had in their tower or spire and what they could afford, usually had six bells but Hunslet had eight. A former bell ringer at Hunslet told me that when all the bells were ringing, the spire swayed which was a little disconcerting to them in the spire!

The Combs church is 14th Century and does not have a spire but a square solid tower and it is not as high as Hunslet spire so that swaying may not be so much of a problem there.

My brother-in-law and his wife ring the bells at St Oswald’s Church, Flamborough. I enquired why they do not bell-ring at their nearer Bridlington Priory and was informed that, as befitting a large priory, the eight bells there are bigger and heavier and harder work! Bell ringing is very good physical exercise and good for mental agility as bells are rung in changes which require a minimum of three bells – not tunes but patterns with the lightest bell, the treble, going first.

The bells are suspended from wheels and when at rest the bells hang safely downwards. On the first pull of the rope the treble goes to the top of the wheel and on the second pull the treble comes down with a ring. Just as the treble starts its descent the ringer calls “Treble gone” so that other team members begin to pull their ropes at the correct time according to the change being rung.

Jayne Saunders, wife of Kenny, Chair of Hunslet Carr Residents Association, was part of the team which rang the Hunslet bells for 23 years. She told me that sometimes when they were practising on a Friday night, beginners at bell ringing made mistakes which sounded ding-dongish and which annoyed some nearby residents. But when the bells were rung correctly on Sundays they were splendid.

What is left in the spire is the carillon of small bells which are the clock chimes and which the Council has insisted stayed there, as we local councillors have set aside money for the restoration of the clock. Strictly speaking, carillons are rung by the playing of them from a keyboard. In Hunslet it is not a keyboard but an ellacombe – a set of ropes in a frame which can be pulled by a single person playing a change or a tune independently of the clock.

For many years Kenny Saunders wound up the clock until just before demolition of the modern church which gave access to the spire.

What we are all concerned about now is that the spire is made accessible as soon as possible so that the clock may once more be working and its chimes heard.