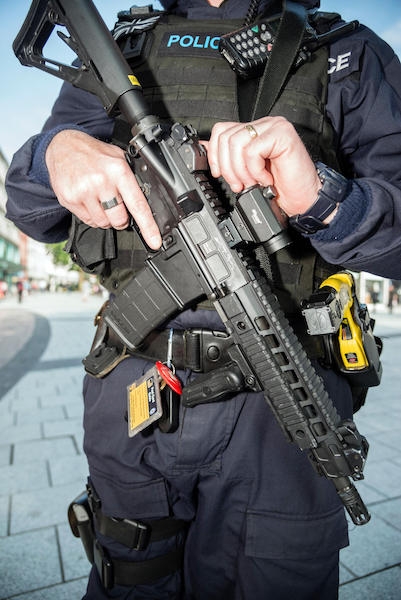 Police have confirmed that they received a call at 15:53 this afternoon (20 February 2018) reporting a man leaving a fast food restaurant (thought to be McDonalds) on Low Road in Hunslet with what was believed to have been a firearm concealed in his clothing.

He got into a small white van heading in the direction of the city centre and was stopped by armed police on Great George Street.

Two men aged 33 and 20 were arrested and are currently in police custody.

A search of the vehicle has been conducted, however, no weapons have yet been recovered.