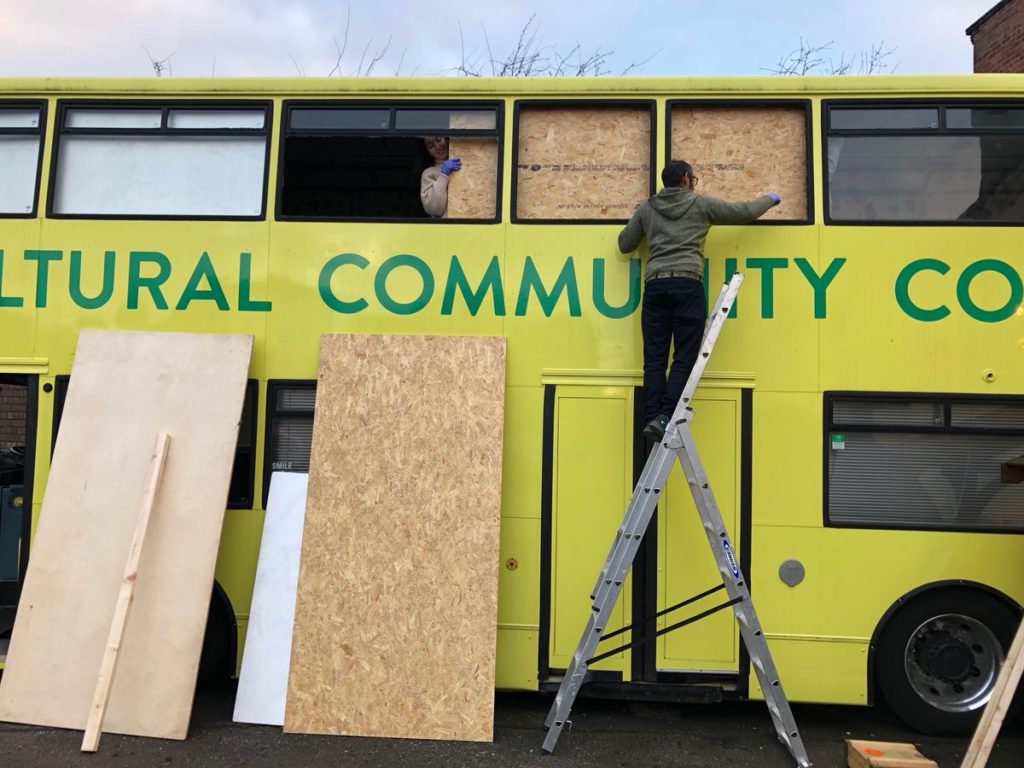 Slung Low, Holbeck’s own theatre company, suffered a break in to their double decker bus on Saturday night (21 December 2019). This is the ugly side of South Leeds, but what has happened since has shown our community’s real spirit. And we’ve been joined by Sting (yes, that Sting!)

A group broke into the bus, which is used to deliver courses as part of Slung Low’s Cultural Community College, and caused £5,000 worth of damage, smashing windows, damaging heaters and furniture.

The bus was parked outside The Holbeck, the former working men’s club that Slung Low manage on behalf of its members. Staff were joined by club members and other local residents to help in the clear up on Monday. Sheets of wood were brought to board up the bus and brooms worked to sweep up the broken glass. 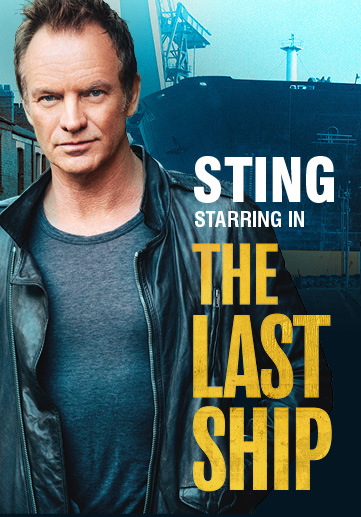 An appeal has already been launched to repair the bus and word reached Sting. He has donated his own, signed, copy of the score to his musical The Last Ship in an act of Christmas charity.

The score is being auctioned today (Christmas Eve), so if you have a massive Sting fan in your life, please tell them or buy it as a last minute and very special Christmas present. To bid in the auction please follow this link

Typical of the response to the incident, Kidz Klub Leeds who run sessions on the bus, commented on Twitter:

“Every week these children who live in the houses surrounding the ‘big yellow bus’ get to use it to sing, paint, listen and plot how to change the world. Without your kindnesses @SlungLow @slunglowalan this would be so much harder. Thank you – we are all with you.”

In response Slung Low have promised to have the bus “spick and span” in time for Kidz Klub’s first session in January.

If you would like to contribute, but don’t want to bid for the score, you can donate via the PayPal button on the Slung Low website here.

“It’s hard to keep a gentle heart in these moments. The accumulative effect of attacks major and minor over a long period of time. You forget the hundreds of people who have the most positive experience and you concentrate on these. It changes you. It changes your world view.

“But then we’re still here. And we’ll fix the windows. And there’ll be an epic quiz on Boxing Day, and shows and classes in the new year, and we’ll still be here.”