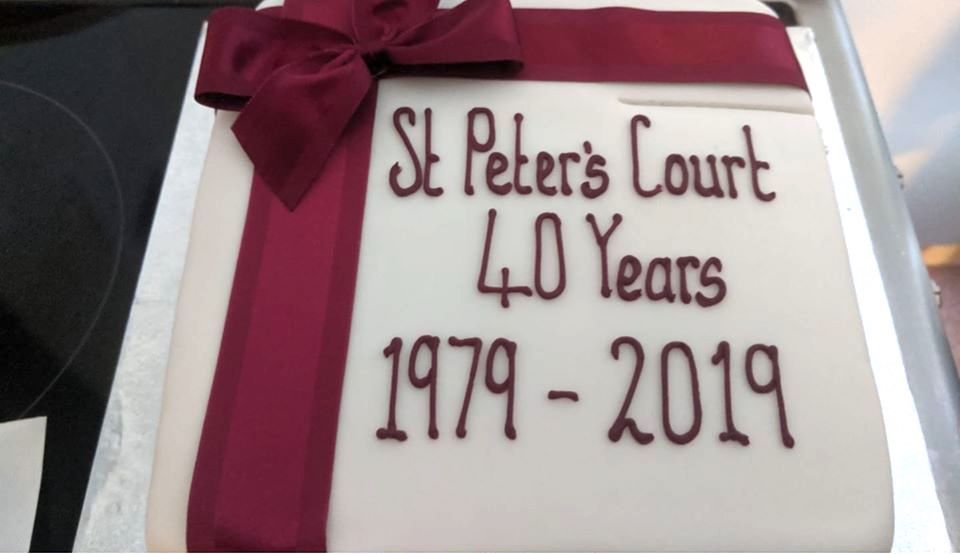 Sat neatly on a corner off Dewsbury Road is the sheltered housing development of St Peter’s Court. As you round the corner this beautiful building is complimented by the well kept and neatly trimmed gardens, maintained by both gardeners and the residents alike.

Stepping inside the complex, I was greeted by Sue the Development Manager who enthusiastically told me that St Peter’s Court had just celebrated its 40th birthday. Moving into the lounge I was greeted by a sea of welcoming faces who talked with me about the centre, its history and also the party that was held to mark the 40th birthday.

The centre, which originally opened in 1979, is now managed by Alpha Homes and has 48 apartments which house individuals, couples and members of the same family, some of the same and some of different generations.

Sue described the atmosphere as warm and full of supportive residents who have become one large close-knit family.
Councillors attended the birthday event and a large birthday cake was enjoyed by all.

The centre is on the site of the old St Peter’s Church which has long gone, Barbara Jagger was happy to talk about her heritage and history at the site and I will pen a separate piece documenting the important and interesting conversations I had with the residents about the old church.