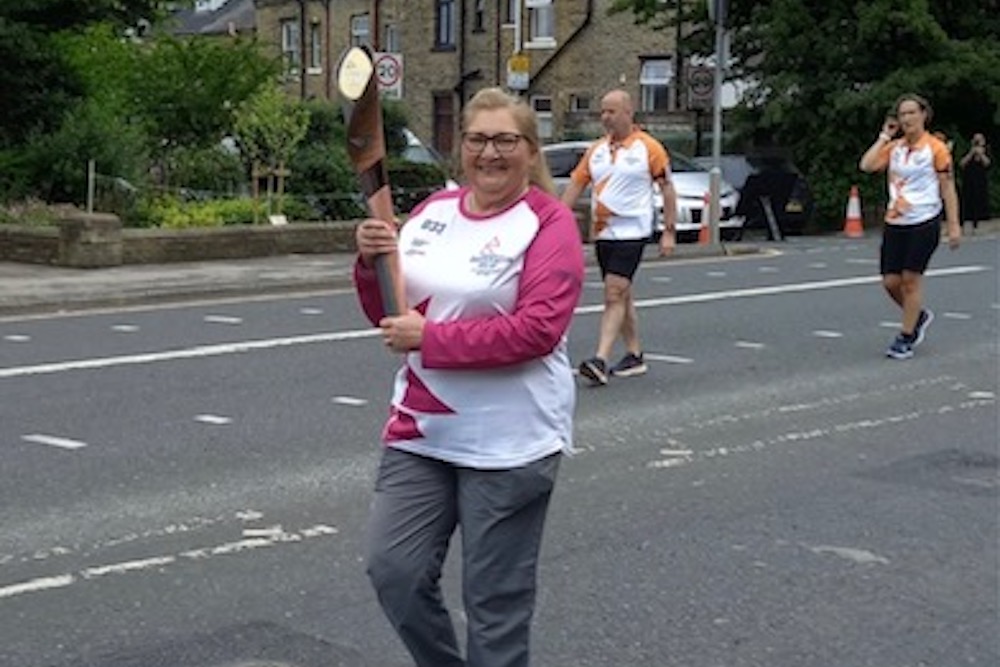 Barbara Beck, who many families will know from her time as leader of 2nd South Leeds (Belle Isle) Scout Group, was honoured to carry the Queen’s Baton for its journey through Shipley.

After travelling around the Commonwealth, the Baton is now on its final journey around the country leading up to the opening ceremony of the Birmingham 2022 Commonwealth Games at the end of this month on 28 July.

Barbara was nominated to carry the baton because of her forty plus years of service to Scouting. As well as her work in Belle Isle, where she is still a Trustee; she is also also a leader with Leeds Childrens Hospital Scout group and active support teams. She has also held several roles in Scouting in Central Yorkshire and also worked for a time on the national Cub Scout team and written articles for Scouting magazine.

“I wasn’t just carrying the baton for my service to scouting, but for scouters everywhere who give up their time to hold the weekly meetings and camps for the young people.”

For more information about Scout groups in South Leeds go to: www.scouts.org.uk/groups