We start this week on Maud Avenue in Beeston, where The Inner South Neighbourhood Policing Team followed up information from the public to make arrests and seize a car in relation to drugs offences. Up in Middleton they also seized a quad bike. The team have published a useful summary of you can an can’t ride off road vehicles including trail bikes and quad bikes. 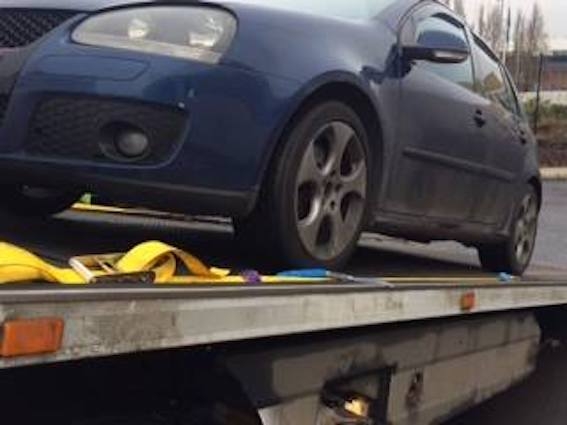 A four week baby massage course is starting next week at Asha Neighbourhood Project in Beeston. Book your place now.

There are also a few places left at Middleton Leisure Centre for their Gyminikins classes on Wednesday mornings.

2016 was a very successful year for Hunslet Carr Residents Association. You can read all about the Welcome sign and garden, the allotment project and more in their Chairman’s Annual Report. They meet on the first Thursday of the month at Woodhouse Hill Community Centre, behind the Bay Horse pub.

Girls from the The Shine Project have been working with women at Shulman LLP solicitors. This week they discussed CVs over pizza. As they describe it: “two fairly different worlds coming together but with so much to learn from each other.”

Did you know The Works hold an under 8s balance session every Wednesday at 4pm? As well as balance bikes, scooters and skateboards there’s a free hot drink for the parents.

Middleton-based Family bereavement charity Charlies Angel Centre are holding their regular support meeting on Thursday (19 January) evening at St George’s Centre. They also have a fundraiser planned for the end of March with Spiritual Medium Adrian Clark at the New Middleton Club.

Open to people with dementia and memory problems and their carers, the Cop Shop Memory Café takes place next Wednesday (25 January) at Elland Road Police HQ. It’s organised by the South Leeds Live At Home Scheme.

Middleton Park FC are recruiting to all their squads, but are particularly short of Year 2 players.

Cockburn School has produced a zingy new video about the school and has also joined Twitter. Follow them @CockburnSchool