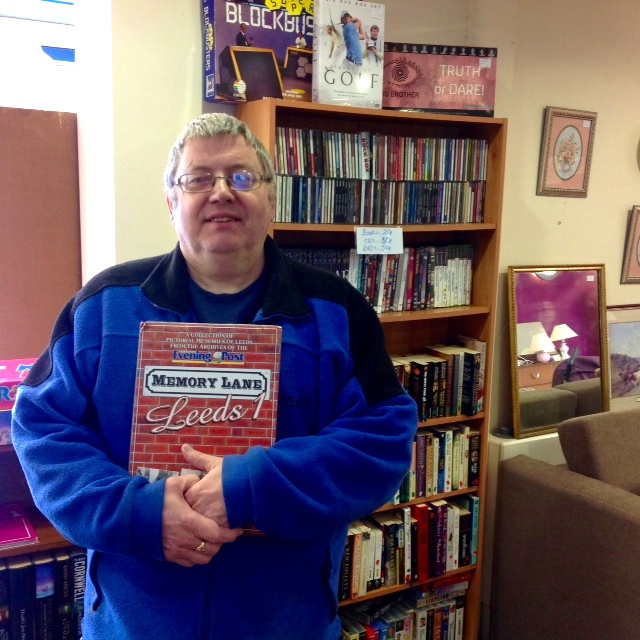 By Dave Abbot taken from his time on the Retail Training Course at St Luke’s CARES Charity Shop on Dewsbury Road Beeston.

My name is David Abbot and I have lived in South Leeds all my life. Starting in the Parkwoods and more recently in the Beeston Hill area. 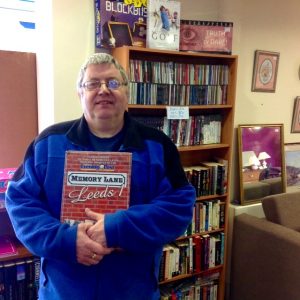 I joined the five week retail training course at St Luke’s CARES charity shop in September last year. When I was younger I gained retail experience in Menswear. I was interested to see if selling principles and ideas had changed in the retail industry over the past few decades. I also wanted to get out meet some new faces rather than sitting on my sofa.

I was already familiar with St Luke’s Church on Malvern Road. During the 1980’s I met many new friends there and I became a member of the Parochial Church Council. I was part of a team of people from the church that brought gospel concerts to the area. ‘Christian Promotions’ became well known for their promotion of major artists at that time.

Our concerts became very popular and were always well received. Artists who came on more than one occasion were Garth Hewitt and Martin Joseph. The church was the best place for our Gospel gigs! We did though on a couple of occasions need bigger venues, Garth Hewitt on a national tour appeared at St Georges Crypt, and Helen Shapiro ‘Walkin’ back to Happiness’ filled the Town hall!

The five week retail course has revived my other interests in local history, and everyday life. I am especially interested in photographic history and clues in old photos for stories from the past. I was keen to learn more about the warehouse St Luke’s currently uses for its furniture show-room. Did you know that the warehouse at the end of Rowland Road used to be a cinema? It was called the Pavilion Cinema and the name continued when the building became a Sure Start centre in 2001. If anyone has any pictures of the cinema in its day I would be interested to see them, as I haven’t managed to find any old photographs online or in local history books.

Throughout my adult life I have had connections with many local community organisations, and have always enjoyed meeting people. In the early 1980’s I began working at the Mariners day centre. I worked as a care assistant, supporting people with physical and sensory disabilities. I also organised entertainment for the day centre residents and service providers. By booking in sport and radio personalities I helped continue my interests by bringing people together with music and the way that it helps evoke memories. I worked at the Mariners up until 1996 by that time it had gone from being a day centre to a resource centre.

With my experience at Mariners I started a music group on a voluntary basis for local people who used the Potterdale day care centre. It received a lot of interest with the community and was therapeutic for some of the people who used the centre. The music group proved to be very popular and became a regular event. I began to realise how important music is to people, from fond memories, to uplifting spirits.

Sadly the Potterdale like the Mariners has now closed due to local council budget cuts.

However, I am proud of what was achieved at the centre and feel sure that the people that attended the music group will remember the importance of its value to good emotional health and wellbeing!

So, back to the retail course, I can certainly say how times have changed since I worked in retail. Back then there was more customer service and ‘one to one’ with staff and customers, unless you go to larger department stores and have your ‘personal shopper’. The course at St Luke’s has helped me realise the good work the charity does for young people in the community. Also, how the donations are sorted and processed.  It has help revive my interest in  history of the area and meeting new faces. As you can imagine I am always interested in the music and reading the varied books that come in on local history. I pop in every day to see the workers and volunteers and am also on the lookout for old photographs that tell a story!

For further information please contact Lucy on 07913 202559 for more information.