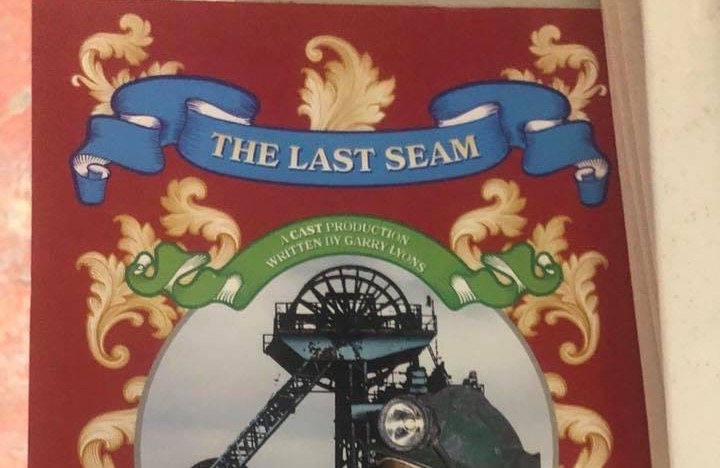 It’s somehow appropriate that a play created to commemorate the 30th anniversary of the 1984-5 Miners Strike and the 2015 closure Hatfield Main colliery, should come to an industrial wasteland in South Leeds, the historic birthplace of the Industrial Revolution, powered by coal. Ironic though that Holbeck Underground Ballroom, a community theatre under the railway arches, is itself under threat from Network Rail, an industry once dependent on coal. 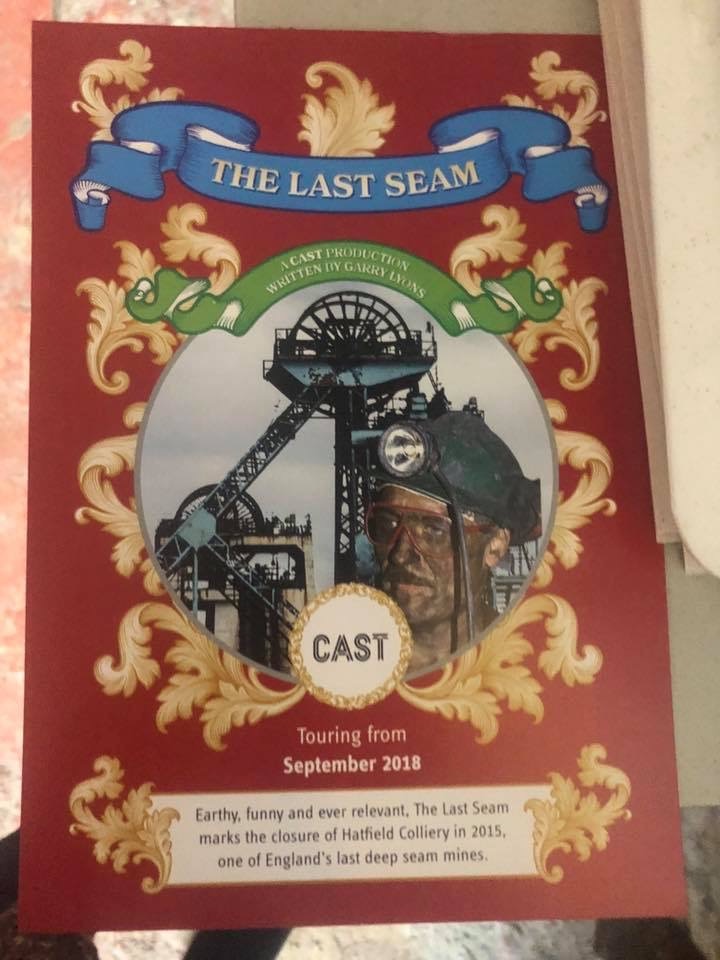 The Last Seam is a play about the people of the South Yorkshire coalfield; about the pits and the villages they lived and worked in, but most of all about the communities that were forged by the pits, and how they have fared since the incoming Tory government under Margaret Thatcher in 1979 decided that, to break the union, they were prepared to destroy the industry, and the lives of the people dependent on that industry.

The story is told through five main characters and has been crafted from the real words of real people who lived through the period from 1979 until today. Paul, with his friend Lynn, was a teenager into Alien Sex Fiend; miners’ wives, Julie and Sharon; Joe, a miner and Ted, a miner and latterly publican/owner of an illegal nightclub.

Life in a pit village was no idyll, even before the strike. Mining has always been tough work and precarious employment. Over centuries miners and their families have migrated around the British isles, coming and going between Yorkshire, Lancashire,  Ireland, Scotland, Kent, Wales and the North-East as pits closed and opened.

Paul’s grand-dad was a miner, but the violence meted out by an alcoholic Dad damaged Paul, who developed mental health problems and spent long periods unemployed before finding supported work through a charity.  Not unlike much of the country, he didn’t really notice the strike:  he was off following Alien Sex Fiend and Lynn to gigs around the country, getting in on the guest list and drinking with his idols.

Poverty is nothing new to these communities either, but the play explains the importance of the National Union Mineworkers and the central role of “The Welfare”. Every pit, every pit village, had a miner’s welfare club, funded by the men’s trade union subscriptions.  If your iron broke, you could get one on tick from the welfare; if you ran out of food, you could get some on tick from the welfare. When the Tories destroyed the union and the industry, they destroyed the social infrastructure that supported the communities of the villages of South and South-West Yorkshire.

I’m old enough to remember the Great Strike of 1984-5 and as a trade unionist I did weekly collections at work for the strike and sold raffle tickets for the East Ardsley Miners Support Group, whose members worked at Prince of Wales, Selby or Kellingley, pits. For many of the women in the support groups, the strike was transformational. As members of Women Against Pit Closures Julie and Sharon discovered how to speak to meetings of hundreds of strangers, travelling the country (and even abroad) calling for support from trades unionists and others. They were no longer “just” wives and mothers. Women went back into education, further education and into worthwhile careers, in social work, teaching and international aid.

Joe and Ted’s words paint vivid pictures of events and characters in the pits, before and during the strike, and in its aftermath. Ted’s granddad fought in the First World War. When asked what war was like he replied, “Well, our Edward, it was 90% boredom and 10% fear.” Ted felt that was an apt description of being on a picket line. The oppressive role of the police during the strike, and the legacy of distrust it has left in those communities can be shocking for those of us who grew up in an era which taught us always to trust a policeman, or in more recent times of neighbourhood policing.

The second act brings us up to date with life since the strike. There have been casualties: Ted’s “illegal” nightclub was an attempt to keep young people off the streets, which fell foul of a vindictive police sergeant, and from which his own son learned contempt for the law with tragic, life-changing, consequences. On the other hand, Julie and Sharon have forged careers and had experiences that would never have been open to them without the confidence gained as wives of striking miners. Paul is on the Board of Trustees of the charity that took him for work experience.

More politically controversially, austerity has brought further hardship and EU-funded regeneration was too little to prevent a “Leave” vote. I work in these communities and I know the damage wrought by unemployment, hopelessness, domestic violence, drugs and alcohol. A stark confrontation between Ted and Julie, raises the issue of the impotence of those of us whose daily work is to try to deal with the destructive effects of government policy.

This is a bittersweet play and there is so much that I have left out. It ends however on a note of optimism: the resilience of these communities has not been lost – they’ve responded to austerity by creating food banks, recreating “The Welfare” using the learning from the strike, I guess.  For all that this may seem a nostalgic play, Paul at the end says that he’s not against change, he understands that change is part of life. The question I’m left with is “who decides the direction of change, and at whose cost?”