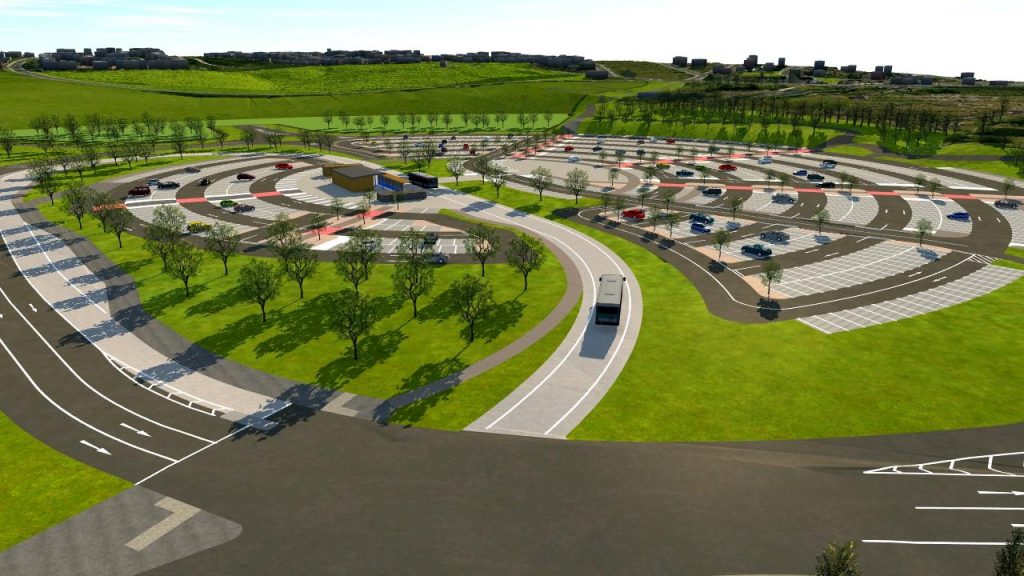 Residents of Hunslet and Belle Isle are organising a campaign against a proposed new Park and Ride scheme in Stourton, following a well-attended public meeting on 20 February 2018.

The proposed scheme would see a carpark for ​1100 cars built on fields just off j​unction 7 of the M621,​ behind Hunslet Cemetery​ ​- ​then ​buses ​making ​70+ journeys eac​h day ​​into the city centre ​along Low Road, which would be extensively altered.​​

Champions of the scheme argue that it will reduce congestion, and ​help​ reduce air pollution. But local resistance, that emerged last year during the official consultation period, has continued to brew.

Critics argue that the​y’re not against Park and Rides, but that this​ scheme is flawed on ​several levels. They insist:

It seems that the ​Council’s ​decision on the scheme has now been postponed until June – so the campaigners aim to get out locally in the meantime to ​promote awareness about the scheme, research ​it and its likely impact, gather petitions, hold further ​public ​meetings, and challenge local representatives to ditch the scheme.