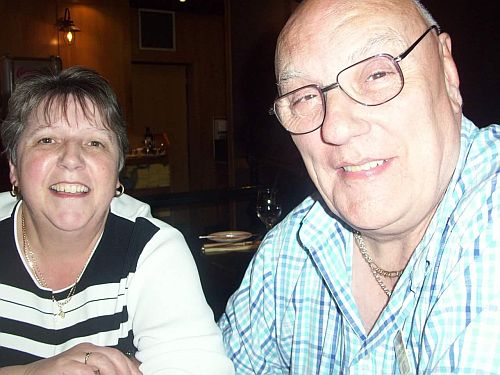 A Rothwell man who championed efforts to help West Yorkshire Police become more dementia friendly has been recognised in the 2016 Queen’s Birthday Honours.

Mr Peter Smith from Rothwell has been awarded a British Empire Medal for his work across the region including the Cop Shop Memory Café at Elland Road Police Station; Parnaby Pals at the Parnaby Tavern, Hunslet; Black Bull, Rothwell; Tea Cosy Café in Rothwell and many more in and out of the South Leeds Areas to improve the quality of life for people with dementia.

He will be presented with the award at a ceremony at Bowcliffe Hall in Bramham this autumn and meet the Queen at her annual garden party with his wife Liz next summer.

Peter was instrumental in helping the force implement the national Herbert Protocol scheme, which ensures that key information is kept on file by the care home or sheltered housing provider of a person who is vulnerable to speed up the process should they be reported missing.

He also aided the force in training 60 officers as Community Champions to actively engage with dementia community groups and organisations to better understand the needs of those with dementia and any particular areas of concern for them.

Mr Smith also worked with senior officers in Leeds to set up a Cop Shop Memory Café at Elland Road Police Station to complement a similar and highly successful café in Rothwell, The Tea Cosy Café.

Both cafés providing a friendly and safe environment for persons who have dementia.

Peter says “I was absolutely blown away when I found out and at first I actually thought it was a wind up! It was only when they got in touch again that I knew it was for real.

“It really is a great honour and I want to stress this award is for everyone who has got involved. The PCSO’s we have worked with have been fantastic and get incredibly involved in our events.”

Peter said his story with dementia had begun following the death of his father, after his mother had moved to stay with them, and begun to show signs of the disease. He began to engage with support groups and, with Liz, take an active interest in what he could do to make life better for those who were coping and living with dementia.

At the age of 61 I got my Health and Social Care NVQ and just wanted to learn more. Four years later we had set up the Tea Cosy Memory Café and became more and more involved with services and initiatives to help make Rothwell more dementia friendly. It is something I just love doing,’ he added.

We now have Herbert Protocol, dementia champions, an app on the smartphones and the dementia friendly stickers on police vehicles.”

For us as a police service, it is vital that our officers recognise the signs of dementia and are aware of how to respond to the needs of people suffering from the symptoms”.

“The impact of Peter’s work with West Yorkshire Police cannot be underestimated – his significant contribution and personal commitment has helped both our officers and police staff serving the communities of West Yorkshire to be more dementia friendly and as such we are truly delighted to hear that Peter has been awarded this honour”. 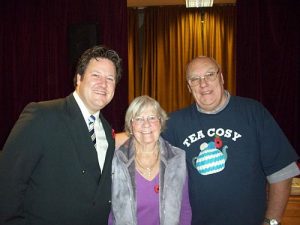 “His work to help our officers understand the needs of persons with dementia is already paying dividends in the day to day policing of West Yorkshire and we continue to work hard to promote awareness of it amongst staff and wider partners.”

Peter’s efforts demonstrate the need for effective engagement with all in society from the police, and especially towards the most vulnerable to understand their needs and tailor our services accordingly.

“The work that Peter does makes him the role model he has become, and should provide inspiration to others in the community who may have the capacity to help.”

“Peter’s honour is extremely well deserved and we are delighted for him.

“His work has made such a difference to people’s lives, and that is something our officers have witnessed first-hand when at his events in communities.

“He has also made Rothwell a dementia friendly place and spent time with all the businesses so that they recognise signs of someone with dementia and he often gets calls to go and help when someone is found confused in a local shop, or in the area.”

Ken says.
I would like to also thank Peter Smith and Amanda Binns who put me in touch with Peter when she knew I was in early stages of Dementia.
I was delighted when I hear Peter was awarded with the BEM.

I went to see Peter for the first time a few years ago when he was organising the Tea Cosy Café in Rothwell.
He immediately saw I was new and looking a bit lost, we introduced ourselves.
Although very busy to look after 120 people that day for breakfast, took the time to talk to me and about my illness. He also introduced me to his wife, Liz.
I can’t remember the times Peter has helped over the last couple of years, but are quite a few.

Including last Tuesday when he came along with me to see my Psychiatrist, re my brain scan results.
This was bad news for me, but Peter has heard it all before. This means I have decided to make a few changes in my life, but have a few people to tell before I go public and it will be in my 400th blog.

About 15 months ago I was looking for a local venue for a memory cafe, near where I live.
I suggested to Peter, and Mark the Landlord of the Parnaby Tavern would be a good place and so Parnaby Pals Memory Café was born.

You can read more of Peter’s story here: Peters Story

For more information on dementia, and the work that West Yorkshire Police is carrying out to make itself more dementia friendly follow this link: http://www.westyorkshire.police.uk/dementia