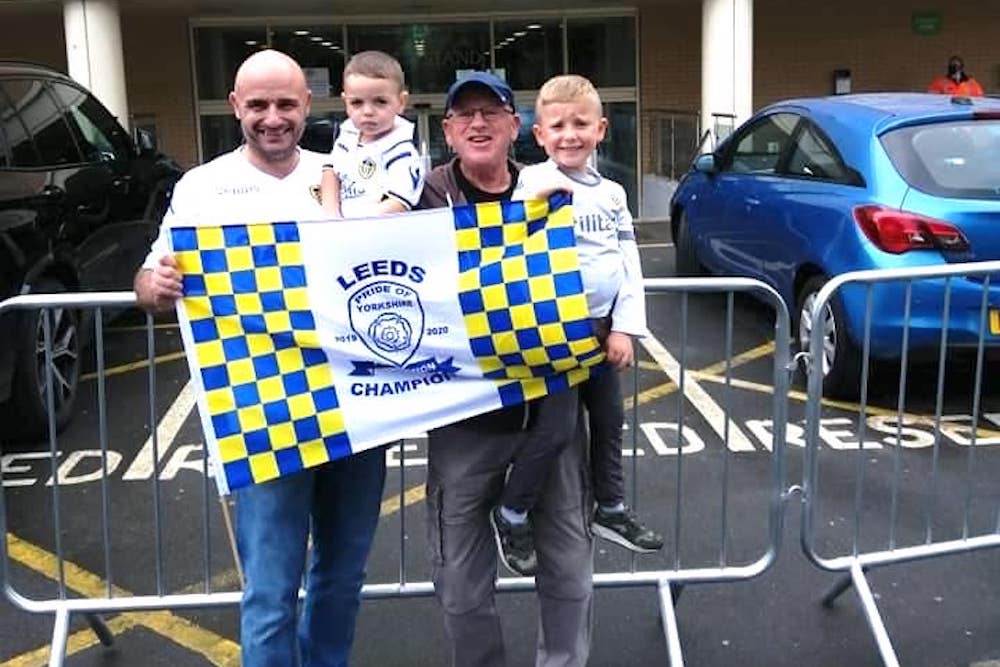 It’s been a long hard road for Leeds United fans since they were the last Champions of England back in 1992 (The Premier League started the year after). They returned to Wembley that year to take the Charity Shield, but since then the Trophy cabinet has been decidedly bare.

Good times were had in the late 90’s under David O’Leary when they ventured far into the European competitions, but they overstretched themselves and the fall came sudden and hard in 2004.

Relegation followed with a raft of big name players having to leave the club. They nearly gained promotion again in 2006 but lost 3-0 to Watford, then the real slump came. Administration, Relegation to League 1 , points deducted by the Football League, losing to part time club Histon, it all became too much.

But eventually in 2010 they got back into the Championship and had a sweet victory over Manchester United in the FA Cup. Then started the revolving door of Leeds United Managers. Nobody can name all the managers in this period as it seemed to change every week, but names like Hockaday, McDermott, Warnock, Rosler, Evans, Monk, Heckingbottom and Christiansen all had a turn in the hot seat.

It seemed at times that Leeds had become a standing joke of hopelessness, but still the big crowds came and you can never keep a giant asleep forever. In 2018 rumours were that Leeds were appointing Marcelo Bielsa, famed Argentinian Genius much feted by Managers like Pochettino and Guardiola.

The first game of the 2018-19 season saw Leeds play much fancied Stoke City, and the same players who had looked bereft of ideas the season before now looked like world beaters as they gave Stoke a lesson in Football. Bielsa was the tonic Leeds had needed. As the season wore on Leeds became hot favourites for promotion, but over Christmas they had a wobble that turned to a full on panic. They slipped out of the top 2 and lost a ridiculous play-off match to Derby County from being 2 goals up. The familiar refrains of ‘Leeds are falling apart again’ were sang and it felt like a knife through the hearts of Whites fans.

But Bielsa stayed and the mantra was ‘we go again!’ With a couple of additions the same Leeds team started 2019-20 in great form and by Christmas were top of the league. Another wobble in January was only short and Leeds were on a 6 match unbeaten run and in great form when the Lockdown happened. 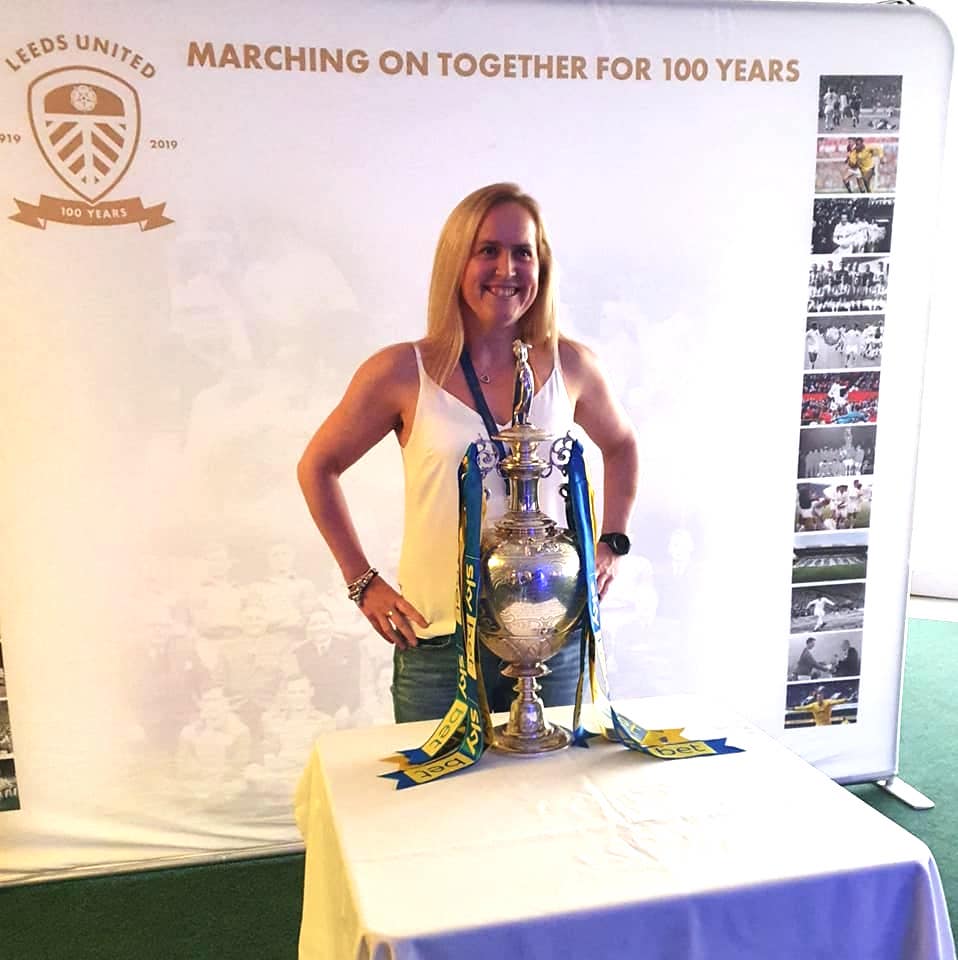 How would they fare after the enforced break? Well it didn’t start out well with a defeat at Cardiff, but after also drawing with bottom club Luton the Whites started to perform and the wins came. But the chasing pack were also winning too and it became a 3 horse race with Leeds, West Brom and Brentford. Leeds couldn’t be caught if they kept winning though and they did, after a nervy 1-0 against Barnsley the chasing pack both lost and Leeds were crowned Champions without kicking a ball. Swaggering victories over Derby and Charlton (3-1 and 4-0 respectively) followed and Leeds ended 10 points clear at the top.

So with Promotion to the Premier League and as Champions how did it feel for fans? Elation at the achievement tinged with sadness at not being able to be there. I asked some local supporters how they had coped with the ‘up’s and downs.’

Mark and Ray who were brought up on the Heaths just over the road from the stadium have combined 100 years of support for the Whites. Ray said he knew they would do it even during the January slump, though his fellow season ticket holders thought him mad! Mark said losing to Derby last year was gutting, but he’d been through worse as a Leeds fan. “You could see in the players faces after the Derby game that they would do it this year and when Bielsa signed on it was set in the stars!”

But who had shone on the pitch this season? Phil said “Pablo Hernandez became mythical during the post lockdown run in, when he came on we believed we could beat anybody.” Indeed Pablo’s goal during the dying moments away to Swansea sucked all the life out of the chasing pack and many believed it was the turning point for Leeds.

For Martin it was young player of the year Ben White “solid at the back with a touch of class” whilst Mark and Deano went for Leeds bred Kalvin Phillips ‘The Yorkshire Pirlo’!

All agreed though it was the manager Marcelo Bielsa that has been the culture change. “He took an average team and turned them into world beaters” Mark said, it would be like losing your parents when he eventually goes. Martin used that word ‘culture’ right from the team to coaching staff to the people working in the canteen, he has made them all Believe! 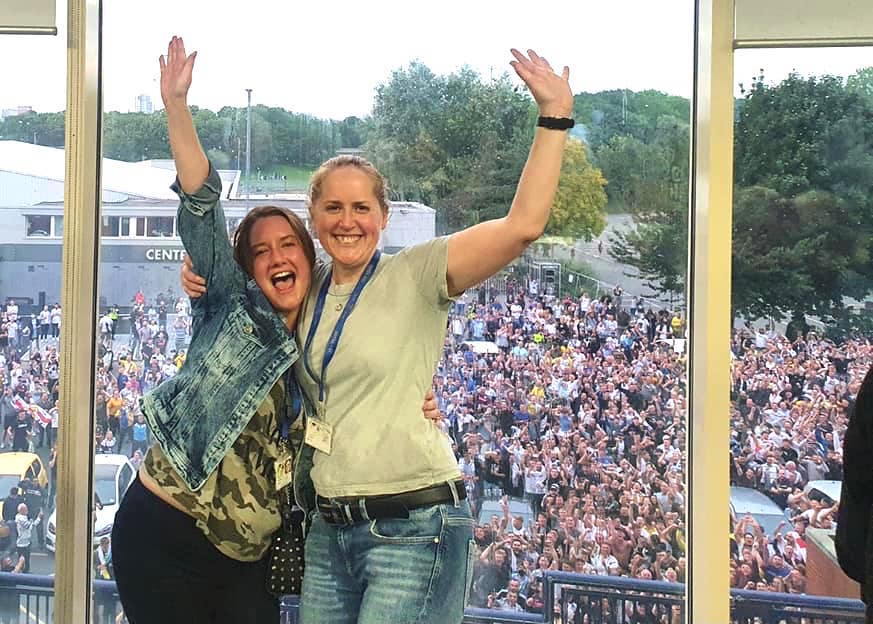 Maria who works at Elland Road and is often seen sat behind the dugout said she was “Heartbroken and teary after last season and had to be stopped from shouting and yelling at a Derby fan colleague!” she couldn’t name a player of the year as they were all brilliant “I wouldn’t know where to start!” Luckily she got to celebrate with the team but “Couldn’t give any stories away! ha ha”.

The club asked the players to watch the Huddersfield v West Brom match together as they felt this might be the moment they got promoted. It turned out to be correct.

When asked about watching the matches and celebrating most had purchased LUTV and watched the games with friends and family. Deano said he celebrated “Very noisily and at home!”

Most also thought it was inevitable that fans would show up at Elland Road, starved of success in a long time and probably merry on the occasion, Covid-19 fears went out of the window for a moment. One fan said “there are so many contradictions in the rules that people do what is important for them, and this is important for many people.”

Although some thought it irresponsible for the team to come out with the trophy after the Charlton game our fans thought it inspired, as 10 minutes of celebration was all people wanted and they quickly dispersed. 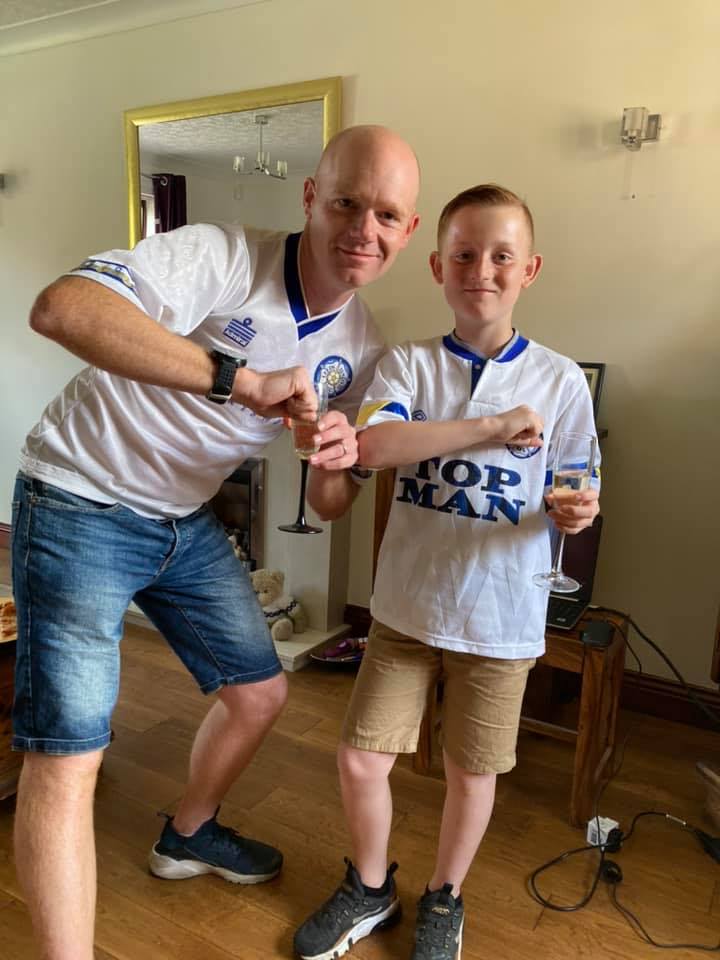 All our fans think Leeds will stay up next season. Martin said “recruitment is key, don’t overspend but recruit in the key positions. The admin have it sussed”. Mark thought “we may take some beatings, but are better than teams in the bottom half, so mid table.”

Experts think every Leeds home game in the Premier League could be worth an extra £3m to the city’s economy, but will it filter through to South Leeds? Well, the club is still intent on developing the nearby Matthew Murray site as a new training ground, moving from Thorp Arch to Holbeck. But more than financially Phil thought “It will bring a togetherness, a common bond which is needed in these times.”

Mark said “ The city is being talked about again” it’s true that Bielsa is a superstar in South America and may be a boost to the local economy with people visiting the stadium and Bremner Square.

All in all time will tell, it’s a quick turn around to next season and I’m sure we’ll all be sat, stood, watching or listening with nails bitten down to the quick.

Marching on Together! In the Premier League.