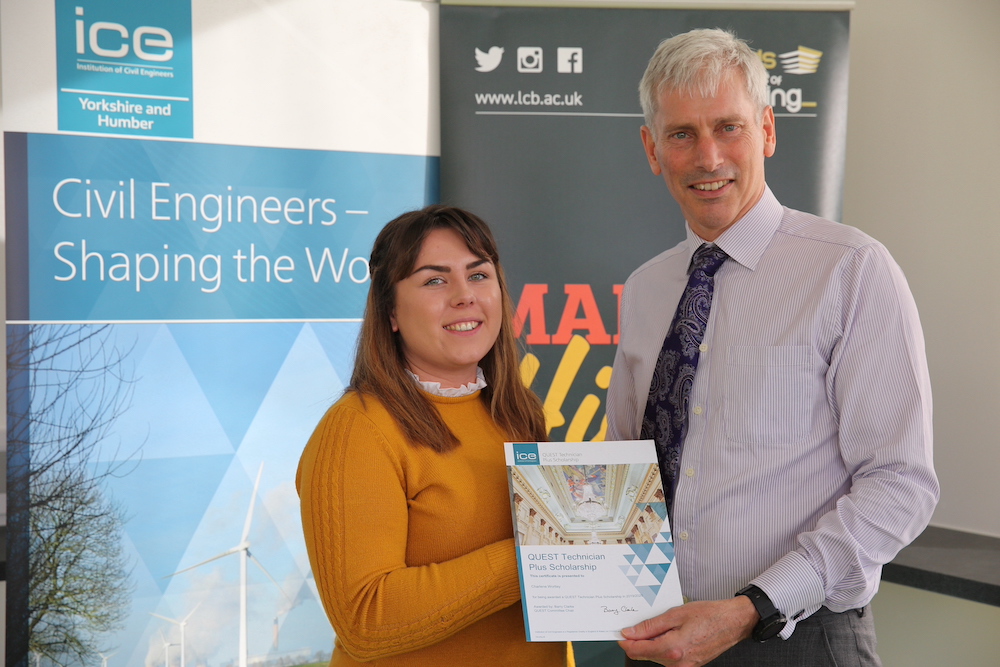 Leeds College of Building is celebrating the success of its ground-breaking Engineering students.

Charlie Wortley and Shane Finn, former apprentices at Leeds College of Building, are among the first in England to complete the Civil Engineer Degree Apprenticeship programme at Leeds Beckett University and achieve Incorporated Engineer status with the Institution of Civil Engineers (ICE).

“Completing my apprenticeship has been a long process but now I have passed the EPA and achieved IEng recognition with the ICE, it is the biggest achievement of my career so far.”

Twenty-six-year-old Charlie, from Wakefield, who works as an engineer in the infrastructure design team at SCP in Leeds, added:

“Being one of the first to pass the end point assessment is an utter privilege. The past five years have been difficult, though they have been worth it to reach this point.”

“Success at EPA and the IEng MICE award is testament to their hard work and dedication, and it is even more special as they are the very first Civil Engineer degree apprentices to have completed this apprenticeship at this level.”

An apprenticeship is an excellent way for individuals to enter the civil engineering profession and earn while they learn. Apprentices develop both the academic knowledge and practical skills to be successful in their careers.

QUEST Technician Scholarships worth up to £1,000 are given to outstanding candidates who show leadership, ambition, determination, and ability to work well in teams or independently. All ICE scholars are working towards professional qualification as either Engineering Technician (EngTech MICE) or Incorporated Engineer (IEng MICE).

The QUEST scholarships support members and students to learn at all stages of their career, including the Undergraduate scholarship for those applying to university this year.