Police are appealing for witnesses after an attempted robbery on a teenager in South Leeds last Thursday (16 February 2017). 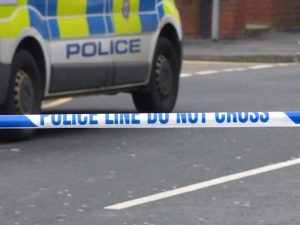 The victim, a 14-year-old boy was walking his dog through Cross Flats Park, on Beeston Road, at around 5pm when he was approached by the suspect and threatened with a knife.

The victim’s dog bit the suspect, causing him to step back.

As the suspect fled the scene; he caught the victim with the knife causing a laceration to his face.

The suspect is described as a white male, late teens to early 20s, 5ft 5″, he had brown eyes and dark bushy eyebrows. He was wearing a black beanie hat, black neck scarf which covered the lower part of his face, a black Helly Hanson waterproof jacket, tracksuit bottoms and black gloves.

Anyone with any information about this incident is asked to contact PC Sean Bainbridge at Leeds CID via 101, quoting crime reference 13170077689 or alternatively information can be passed to Crimestoppers anonymously on 0800 555 111.

One Reply to “Police appeal following attempted robbery in Beeston”