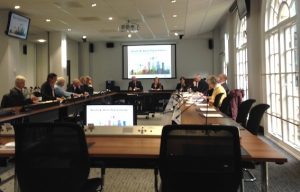 As reported here last week, the panel were considering the conversion of Middleton Methodist Church into nine flats and the conversion of a former tattoo studio into a hot food takeaway near to the Tommy Wass junction in Beeston.

Introducing the plans for the church, planning officer Victoria Hincliffe-Walker said the the building was not listed, but was a “non-designated heritage asset”. As such the Council would prefer to see the building retained and a new use found for it. She said that the main objections were on the grounds of noise and disturbance and that officers had worked with the developer to reduce these issues.

Mr Kenneth Hepples spoke on behalf of local residents, objecting to the plans. He said he was concerned about the numbers of people that would be on site and the noise they would create moving around site as they came to and from their homes.

He was worried about the extra traffic and said that the entrance to the car park, effectively through a tunnel from Hopewell View was “an accident waiting to happen”. He said residents had already asked for traffic calming measures as the roads were used as rat runs by motorists avoiding the speed cameras on Middleton Ring Road.

“There are 103 objections to this scheme including Councillors and our MP, but we feel we are not being listened to” he said.

The developer, Mr Rose, said that the only interest the church had received from potential buyers was for turning it into housing. “We’ve worked to deal with the parking issue and bought an extra piece of land to create a car park” he explained.

In discussion Cllr Thomas Leadley (Morley North) said “What are the realistic options for this site? Demolish the church and build a row of houses?” He suggested the panel should approve the plans.

Planning permission was approved with conditions. 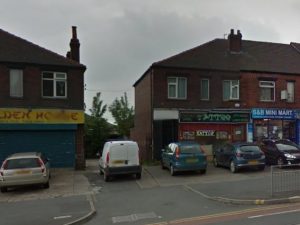 The next item on the panel’s agenda was 7 Ring Road, Beeston Park. Objections, including from Beeston and Holbeck Councillors, centred on the proliferation of hot food takeaways in the area.

Cllr Barry Anderson (Adel & Wharfedale) asked that officers bring forward the draft policy on hot food takeways as it was needed urgently. Without such a policy he said “I have concerns, but I am unable to object to the application.”