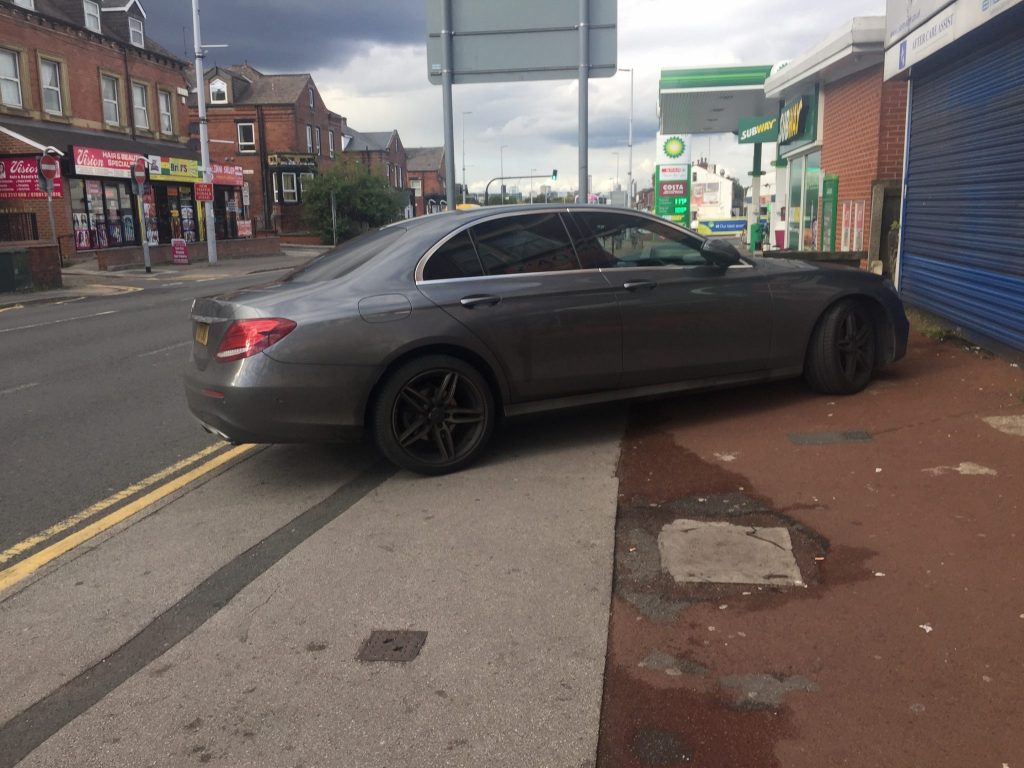 As the law currently stands it is not illegal to park on pavements except in London. It is however illegal to drive on a pavement anywhere in the country. 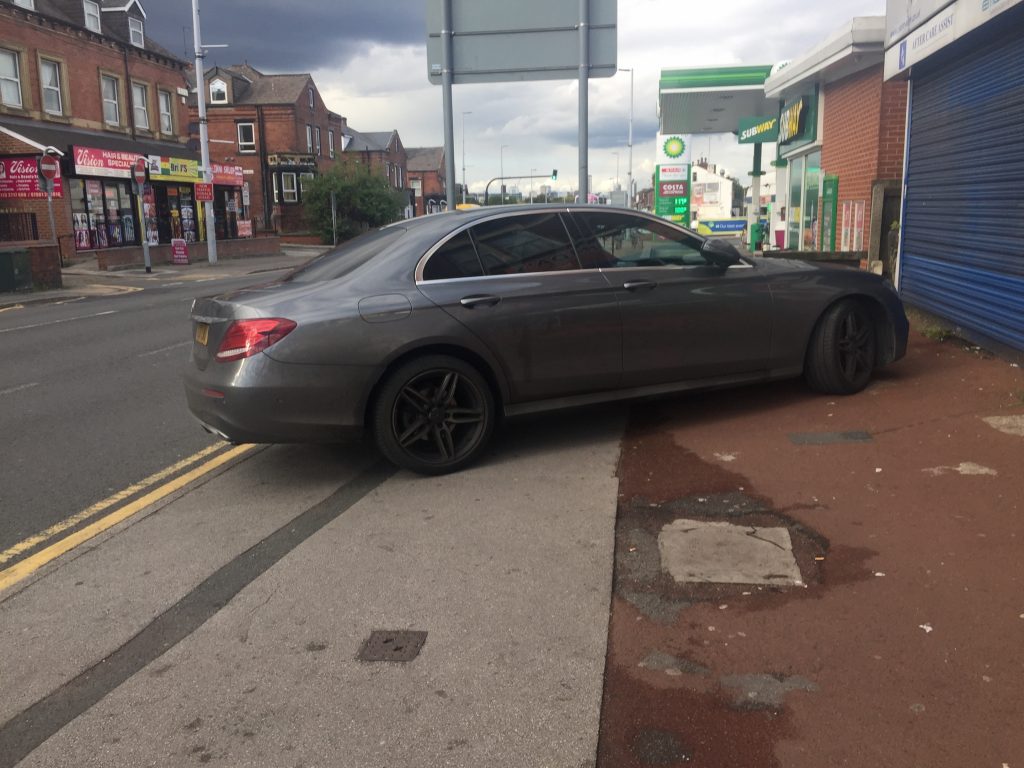 Due to a strange quirk of logistical fate, prosecutions against those who park without due care for the safety of pedestrians are few and far between. The problem lies with the nature of the evidence that is admissible in cases of dangerous practices when parking. A photograph showing a car parked on a pavement is not admissible evidence, but a video showing the car driving on or off the pavement is.

Of course, this is where the logic breaks down because if the car is parked on the pavement then we can reasonably assume that unless the driver got out and pushed, or used a crane, then the car must have been driven on the pavement at some point. In this, seemingly, very small distinction though, is the difference between town councils actively chasing prosecutions around dangerous parking, or finding it logistically too difficult to pursue.

Over the course of the last year Dewsbury Road has undergone major surgery to try and improve the conditions for drivers, cyclists and pedestrians; a narrowing of the road, installation of cycle paths, repositioning of bus stops and other such amendments have been implemented as an attempt to improve traffic safety in the area.

Having completed the first stage of this from the traffic lights at the junction of Dewsbury Road and Hunslet Hall Road to the junction of Dewsbury and Tunstall, there seems to be one element that is missing in the grand scheme of things. Pavement parking outside of the ‘Subway’ on Dewsbury Road. This corner has been a perennial problem for pedestrians trying to negotiate what is a very dangerous corner.

On any day of the week it is not uncommon to find fresh piles of glass and broken bumper in the entrance to the BP Garage on this section of Dewsbury Road, such is the number of accidents. If you stop for any length of time and watch the maneuvering that goes on here, it is easy to understand how so many accidents can happen in one spot. 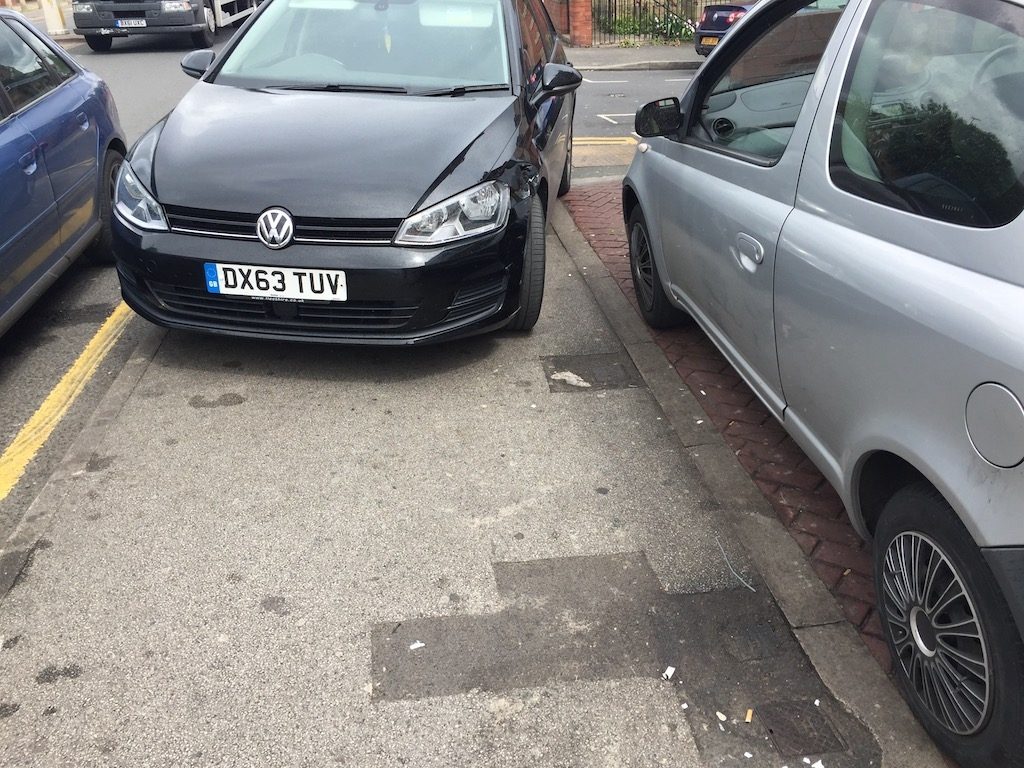 Adding to the unpredictable nature of drivers attempting to beat traffic when turning onto the garage forecourt, is those attempting to park on a small outcrop of pavement in front of the Subway. In most scenarios this seems to be driven, no pun intended, by the need to park within ten feet of the place in which they wish to shop.

Whilst this is very convenient for the people wishing to use the shops, and I have experienced just how vociferous people can get about this, it presents a very serious problem for pedestrians, and more significantly wheelchair users and those with push chairs. The dropped kerb, a tantalising invitation to park on the pavement for those wanting to shop, is intended as access for people with wheelchairs and buggys. On numerous occasions, I have found myself asking car drivers if they would move their cars as they are forcing people onto the road into two lanes of fast moving traffic, including as I witnessed more than once, people with prams, only to find myself being threatened.

The problem is not confined to Dewsbury Road though. A conversation with another South Leeds resident, whose son is a wheelchair user with profound learning difficulties, revealed similar attitudes towards her; despite not only the dangerous situations that their actions can lead to, but the serious impact that such behavior can have on independence. Add to this the effect on the elderly and visually impaired and what you end up with is a situation where many people are put in danger due to the thoughtless actions of a few.

Back in March the Daily Express reported on a campaign by the RNIB to get the law changed across the country with regards to pavement parking, but there appears to have been no progress made on this front in the months since.