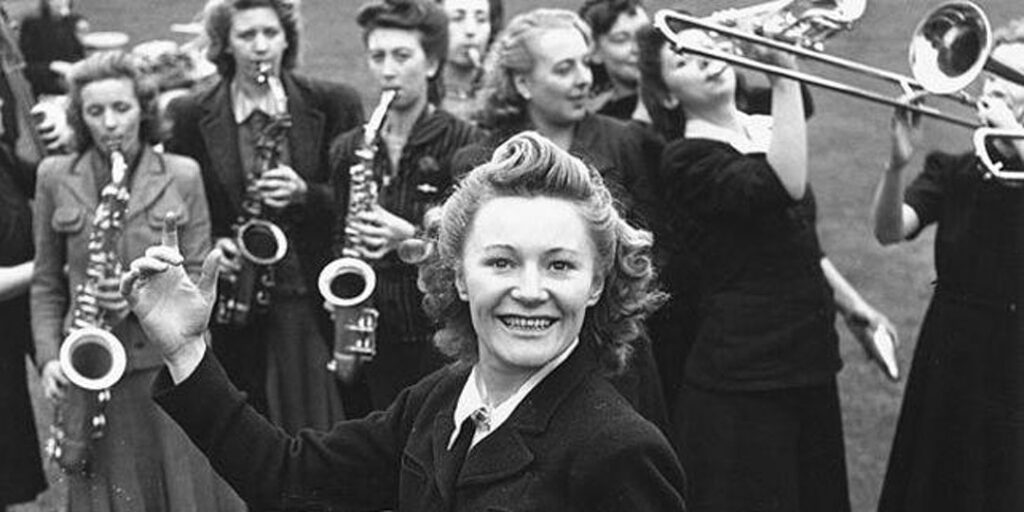 Leeds Civic Trust has organised a talk about Holbeck-born Ivy Benson, the jazz band leader who has a Blue Plaque on Cemetery Road in Beeston.

The talk, entitled ‘Sax Appeal: Ivy Benson & Her All-Girls Band’, will be given by Janet Tennant who has written a biography of Ivy Benson. It will be held, online, on Wednesday 2 December 2020 at 7pm.

Ivy Benson took the opportunity to start her all-girl band in 1939, just at the start of World War II. The demand for music was growing but male band members were being called up for military service. Determined to produce music as good as the all-male bands, she was a tough coach and reluctant mother figure to her young instrumentalists.

It wasn’t easy. She had to contend with male chauvinism from band leaders as well as the problems and privations of wartime and the difficulties of getting and keeping good band members. Nevertheless, she was successful and her band was in great demand, not only during the war but for decades afterwards. Ivy gave over 250 aspiring female jazz musicians the opportunity to start or develop their careers as members of an Ivy Benson band.

This online talk – the first in a series looking at people, places and events recognised through Leeds Civic Trust’s Blue Plaques scheme – will look at the influences on Benson’s life that made her the most successful female bandleader of her generation, including her Yorkshire roots, the war and male chauvinism. Was she an instigator of ‘girl power’ as some believe, or an astute business woman with a keen eye for an opportunity?

Janet Tennant’s biography of Ivy Benson will be published in the US late this November and in the UK in early 2021. Janet has a background in university lecturing and management consultancy but her interests are in the Arts. She is the author of a highly acclaimed biography of Ursula Vaughan Williams, the young poet, librettist and lover of the composer Ralph Vaughan Williams and she is currently finishing a book, Cross-Dressing in Performance, following up an interest that goes back to her many years as the principal boy in panto!

The talk is free, but you need to register for a ticket here