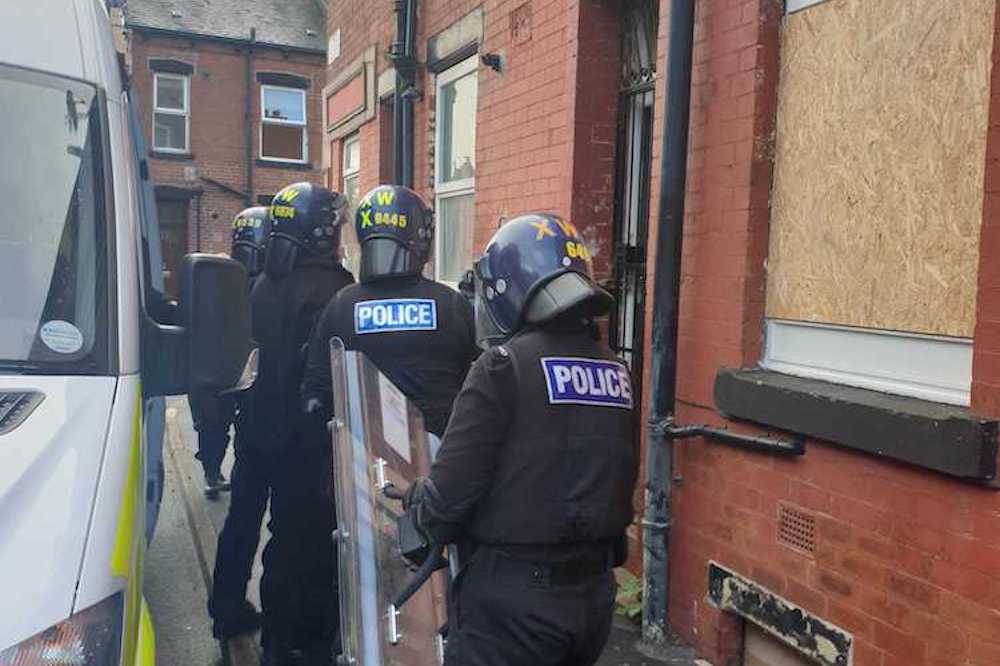 Operational Support Unit and participated in Operation Momentum which was a day of action of the Beeston Hill, Beeston and Holbeck areas of Leeds. During this operation three warrants were executed at addresses in these areas which resulted in four arrests on the day, the recovery of Class A and Class B drugs as well as stolen property being recovered. Further enquiries have resulted in a further arrest (see page 6).

In order for the police to be able to act on community concerns in relation to drug dealing we need community intelligence. If you have concerns in relation to a person or property in your area who you suspect is involved in this type of criminal activity there are a number of ways, the police can tackle this. If the police want to search premises, they have to apply to the Magistrates’ court for a search warrant. The Magistrates’ court will only grant a search warrant if they believe that the police have reasonable grounds to suspect that an offence has been committed, and that the premises needs to be searched as it may contain evidence that will be of benefit or important to a trial. Therefore, it is essential that intelligence is received to assist police with the application. Information from a number of sources or detailed information will assist with this application.

When a premises has been identified as being involved in drugs supply or associated anti-social behaviour another way that police and partners can tackle this is through a closure order on a premises. This order is also granted by a Magistrate at Magistrates Court and requires sufficient evidence to satisfy the court that:

Once granted the order lasts for 3 months and can be granted as a full or partial closure order of the premises. We have been working closely in partnership with colleagues from the Leeds Anti-Social Behaviour Team and over the past six months there have been a number of full and partial closure orders have been served on premises in Holbeck and the surrounding areas.
As stated community intelligence is the key for us to be able to take action to tackle such issues therefore please report any suspicious activity to us using the below methods:

Ring 101 (police non-emergency phone number) or use the 101 online system or report it on-line www.westyorkshire.police.uk/report-it/report-drug-use-drug-dealing.

Alternatively you can contact your local Neighbourhood Policing Team (NPT) via email at inner.south@westyorkshire.pnn.police.uk.