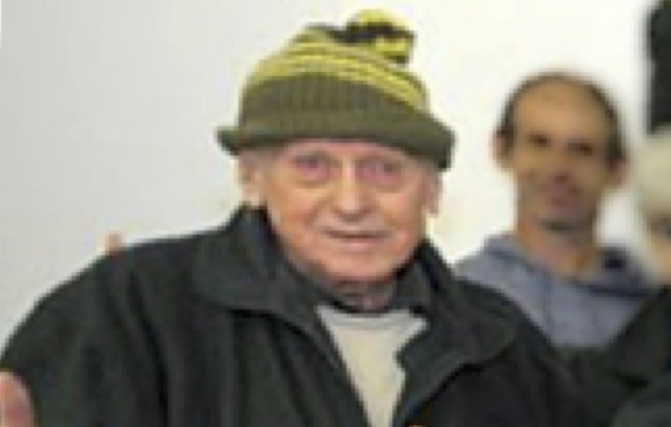 Ivor was a real character and a real Friend of Middleton Park and the local community. I think it’s safe to say that he lived life to the full, enjoying as much of it as his health allowed him to. 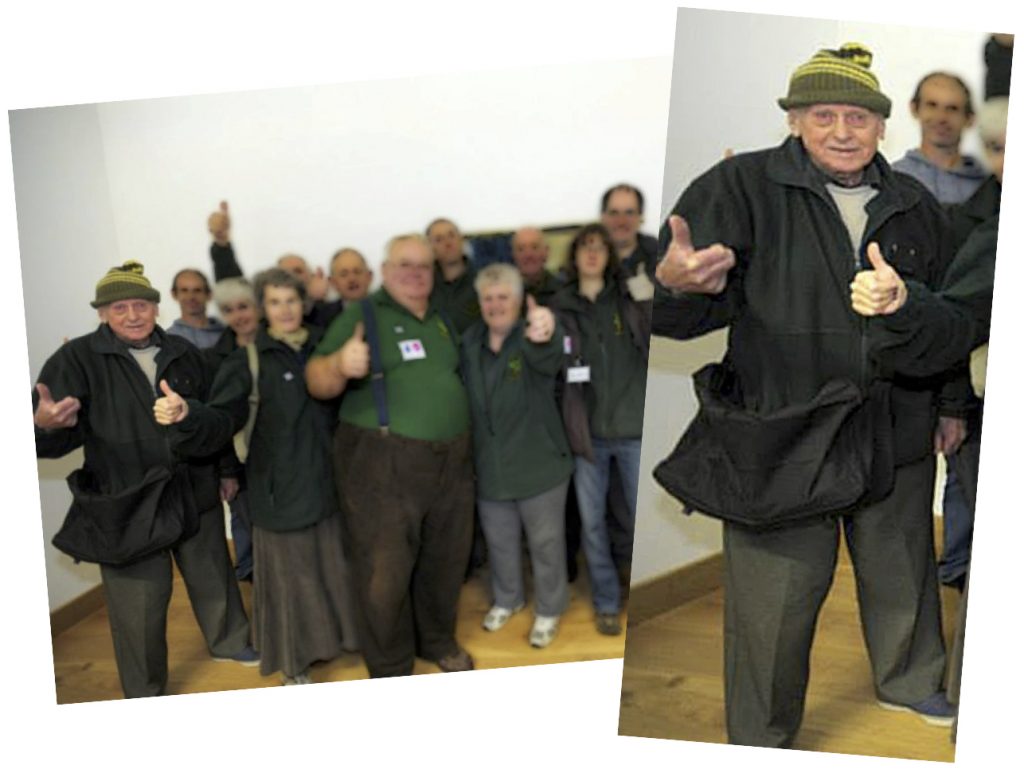 Ivor was born in 1924 at 4 Hanover Place during a period of depression, leaving school at 14 to work in Abbot & Smith Organ Builders. He was elevated to Leeds Town Hall Organ Tuners’ lad for two years until 1942, and during the war worked with the Friends Ambulance Unit. Ivor has always loved writing – and phoning – his friends and others (I was always getting emails from him!) and wrote this on his time with the ambulance unit:

“And so it came to pass… that in late 1942 a skinny, underweight lad set off early one morning with a heavy kit bag, bound for the training camp in Birmingham, with tearful waves from the family. After a cold nearly sleepless night, at 6am a rather rough bugle brought camp 16 to life. After an obligatory mile run, breakfast was tea, toast and porridge containing dubious bits of mouse dirt. Camp 16 was a very formative influence on my ‘Conchie’ life. Despite the fact that we were all in the same boat, our different educational backgrounds soon became obvious. How easily a Friends School or University lad, could demolish my own elementary education. However, our bunkhouse discussions went on long after lights out and broadened everyone’s outlook. The piano in our training hut was a real wreck, but these people could use it to make it sound amazing…Now I was faced with people who could so easily make music, write proper English, knew about history, art and politics.”

This experience really seemed to have energised and influenced his later life – especially his love of the performing arts.

After the war he was briefly a motor mechanic, and then a television engineer, but, becoming fascinated by emerging theatre techniques he joined the theatre – working on the lighting for the original production of ‘Oh what a lovely war’. His slides for this are I understand still being used today. He finished his working life as the chief technician for the Nuffield theatre studio in Lancaster University.

Retiring in 1989, he came back to his roots in Middleton and probably became even busier, throwing himself into local activities – the Leeds Pensioners pressure group, Leeds Organists Association, the Labour Party, and the Friends of Middleton Park. He was recently honoured by Middleton Elderly Aid for his long service with them, and he was also honoured by his professional body, the ABBT, for over 40 years as secretary of their northern section.

He was also a man of many interests – photography, music, astronomy, science, electronics, and of course his great love – theatre.

And he loved Middleton Park. He played there as a child, there’s a famous 1930’s photo of him sailing his model boat in the lake, and in his 80’s he became a passionate member of the Friends – a familiar figure, always with one of his cameras, his green fleece, and green woolly hat. He put together computer slide shows for Friends of Middleton Park meetings and provided photos for publicity. Most of all he got immense joy out of being at events in the Park.

He will be greatly missed.

Some memories of Ivor:

I was deeply saddened to hear the news that Ivor had passed away, he will be greatly missed. Ivor’s work was invaluable. He leaves a legacy of photos for future generations to enjoy and look back on something that we must showcase and celebrate in the community. His contributions at both Friends of Middleton Park and Middleton Elderly Aid will be greatly missed. Such a kind and caring person, may he rest in peace. Cllr Kim Groves – Middleton Park

I first met Ivor through the Friends of Middleton Park, some nine years ago. He was a true gentleman, a diligent volunteer worker, but such a nice warm person. Although he obviously had some health problems he never ever complained, he just got on with it. A great loss to FoMP and of course his family to whom I send my condolences. A sad day, but fond memories, rest in peace Ivor. Andrew Gill – former Chair, Middleton Railway Trust

Like so many people I enjoyed the photographs that Ivor took and also enjoyed talking with him at events. He will no doubt be missed by so many of us. Claire – A Friend of Middleton Park

For me, Ivor’s contribution to FoMP and to the wider local community was powerful. He was already an old man when I got to know him but I quickly recognised his strong commitment to Middleton – and particularly to the regeneration of the Park. It was also a valuable contribution, reflecting his care for local people and their local environment – and we will all miss the quality of his creative contribution to FoMP’s meetings and activities. It is the least we can do to continue the work of FoMP, to which he contributed so much. Geoff Driver – former Middleton Park Councillor

I was very sad to hear the news of Ivor’s passing.  Ivor was a great friend of Middleton Park and someone whose knowledge, wit and good sense was always appreciated when I met him at FoMP meetings or events, as was the support he showed me personally. Graeme Ashton – LCC Estate Manager, Middleton Park

Ivor was a real Friend of Middleton Park. He loved our events in the park and recorded them for posterity in his photos. I am sure the Friends will go on using them for years to come in our publicity. Ivor had a wide range of interests and liked to be busy and in touch with people.  He was a kind and generous man.  We will all miss him. Frances – A Friend of Middleton Park

I loved Ivor and will miss him a lot. And the thing that I loved about him the most was his never-ending enthusiasm. He was in his 80s when I first got to know him, not in the best of health, but always wanting to know more, find out more, take part in events, take photos of our events and share them with us. He was a common sight at our events in his Friends of Middleton Park fleece, camera in hand. He was always pressing CDs of his photos in my hand – his way of being a part of our events. And we could rely on him if we were looking for a photo-show, which he did very successfully at our Open Meetings and in support of our Heritage Lottery Fund bid. He was more than that though – you could also rely on him for a good chat. He was a lovely man. Alan Shaw – Chair, Friends of Middleton Park

This post was written by Alan Shaw using our Create an article for South Leeds Life page.