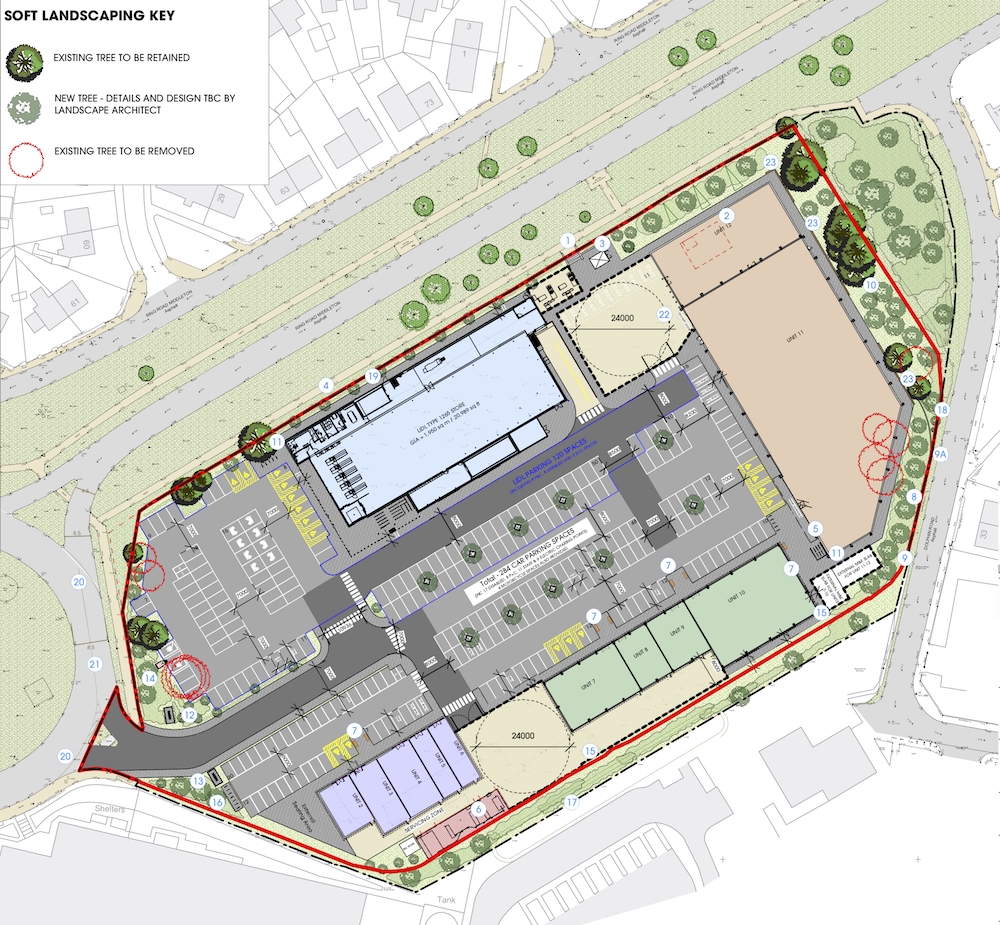 Revised plans have been submitted by developer  Marshall CDP for the St George’s Shopping Centre on the former Co-op office and warehouse site in Middleton.

If successful the scheme will see both Lidl and B&M stores on the site along with nine smaller units, with permission for a betting shop. As well as bringing derelict land back into use, the project could create up to 180 jobs.

We reported last October that planners had refused permission for the original plans after eleven months of negotiations citing problems with landscaping and noise from a service yard to adjacent residential properties on Dolphin Road.
Buildings on the site have been rearranged in the new submission, so that houses are shielded from noise on the site by the one of the stores.

The plans show 284 car parking spaces and that nine existing mature trees will be removed and replaced by planting new trees around the periphery and on the car park.

A number of objections have already been made by residents. These focus on traffic issues at the roundabout and concerns about the impact on the existing Middleton District Centre, especially if B&M moves from their existing premises.

The full plans can be viewed online via the Leeds City Council Planning Portal here. Comments can be made until Friday 30 March.