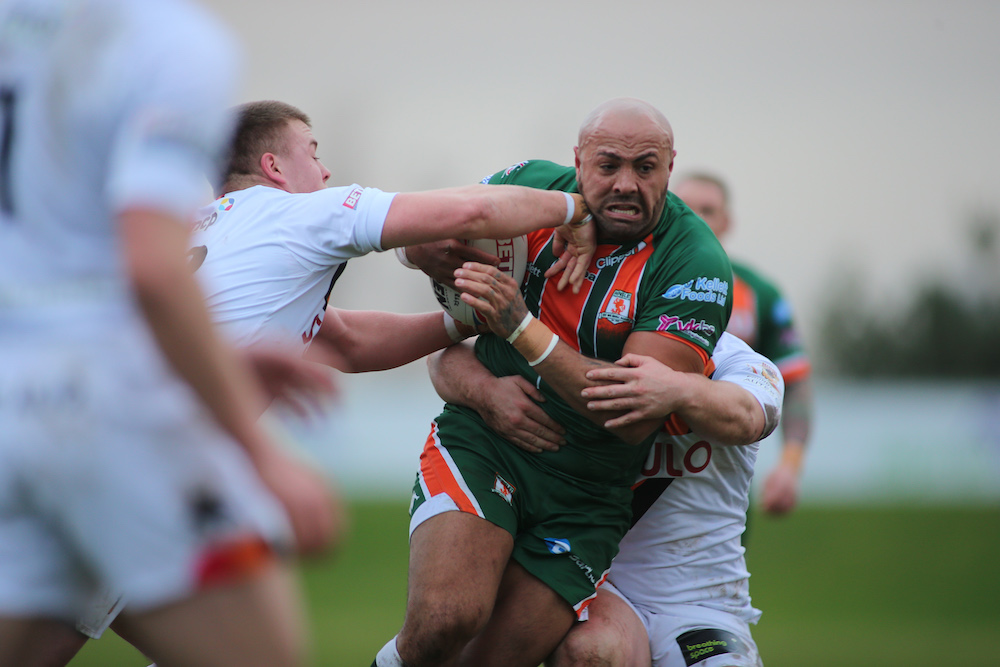 Hunslet RLFC started the new preseason with a 26-18 victory over a young but lively Bradford Bulls side at South Leeds Stadium today (5 January 2020).

Both sides fielded 22 players and with a lot of interchanges never really got going, but as a first outing for Hunslet it was a good win with some impressive performances by the new faces. 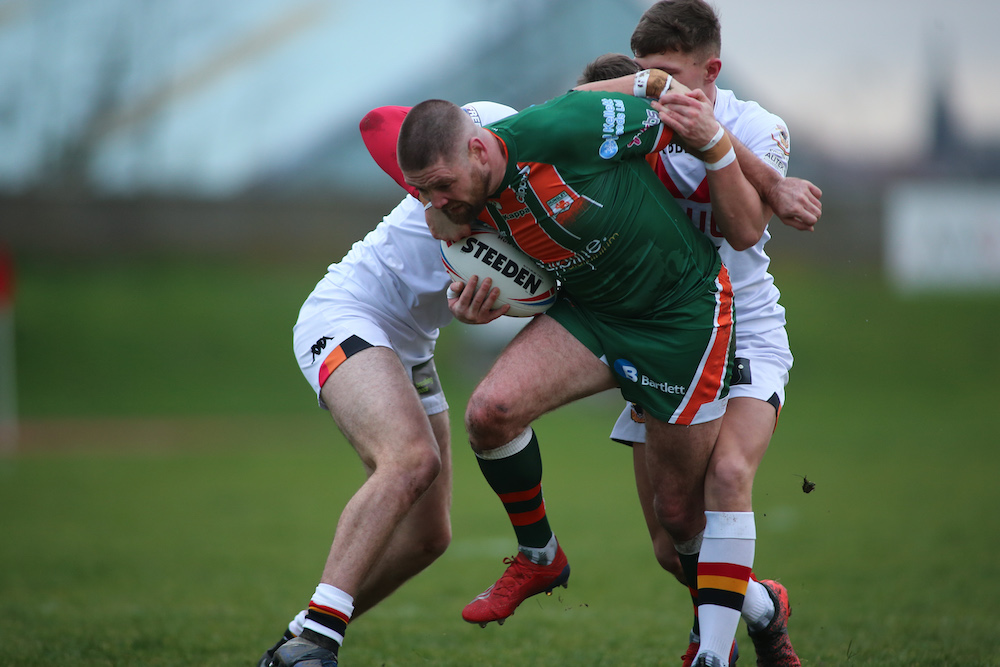 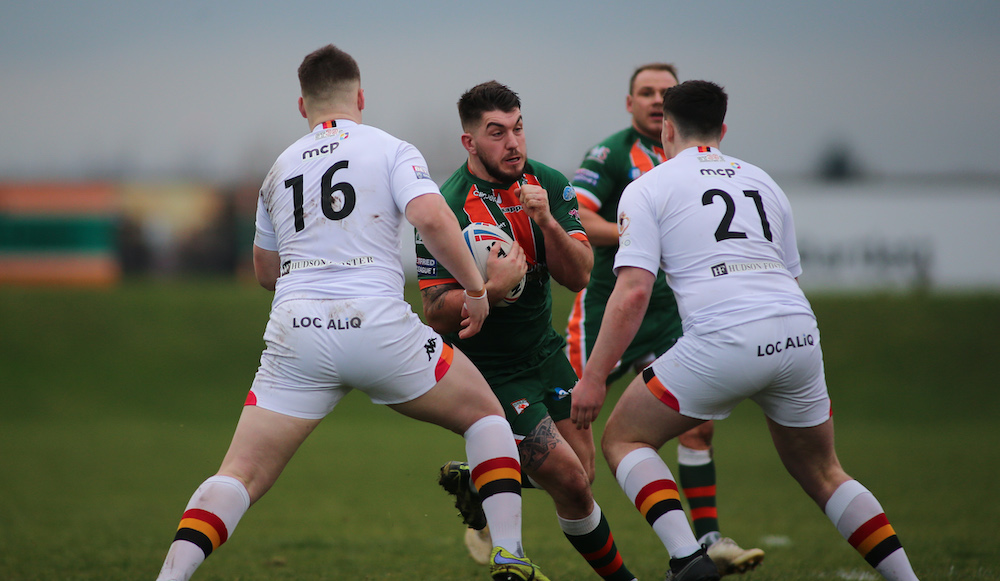 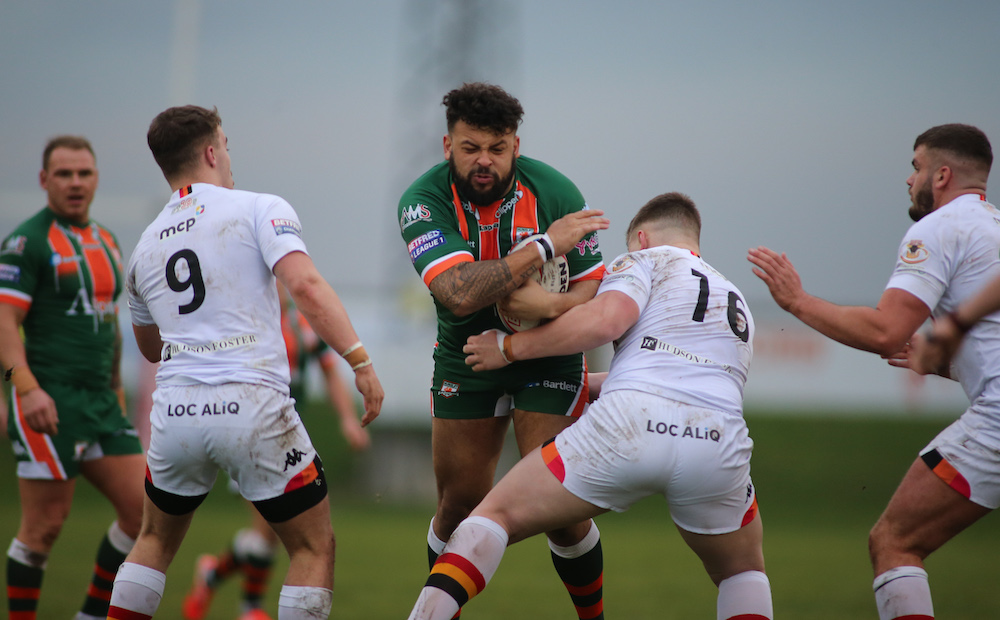 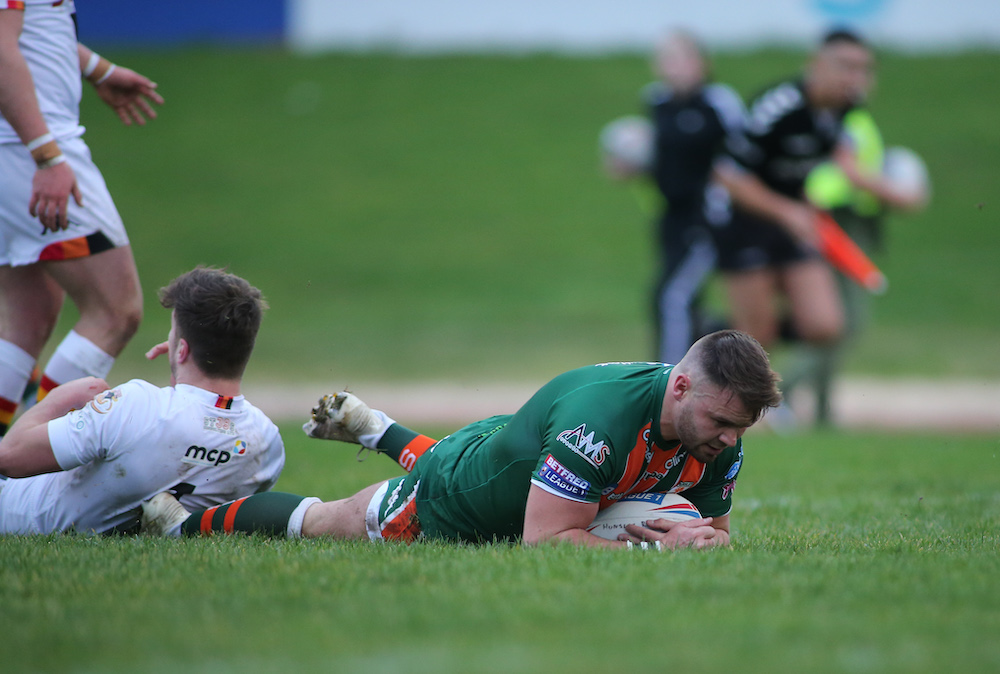 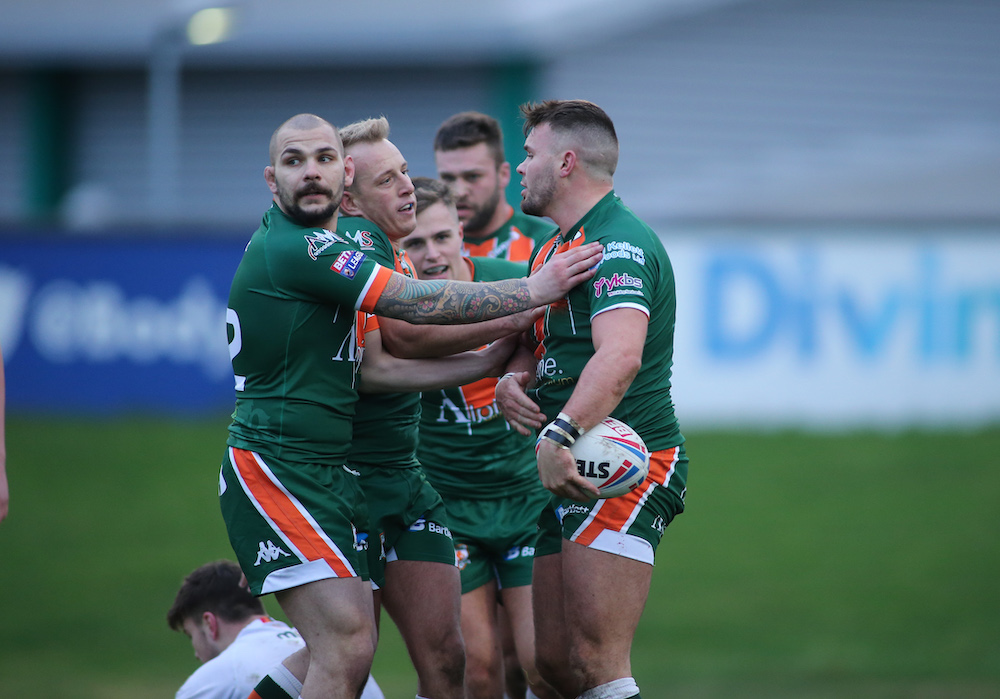 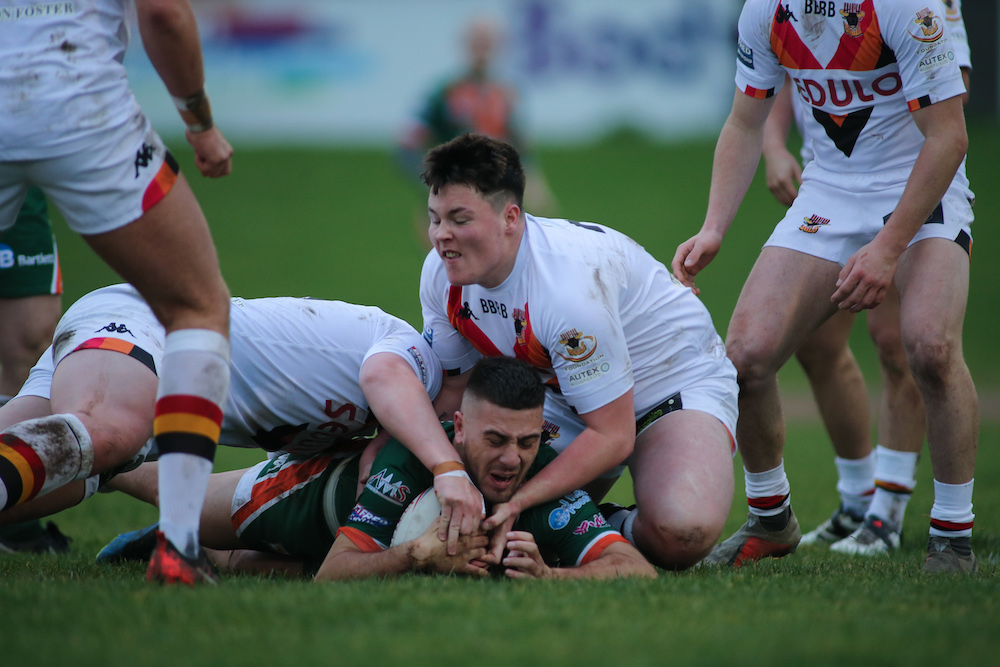 It took both sides a while to get going with no one really getting on top until the 15 minute mark when a Hunslet mistake invited Bradford pressure on their line.

After some good line defence the Parksiders were undone by a chip kick to the corner, eagerly swept up by Bradford winger Smith to score and send the visitors with conversion into a 0-6 lead.

Eventually though, the home side found their feet with new half back pairing of Danny Rouse and Dominic Brambani starting to look the part. Rowse was instrumental in the try that levelled it up on 25 minutes when he put through a barnstorming Josh Tonks to score.  6-6

Now Hunslet’s more experienced players were running the show. After some great ball work Vila Halafihi went over on the half hour from close range under the posts giving Danny Rowse an easy conversion 12-6. Five minutes later Jordan Andrade, like an unstoppable truck, sucked in enough defenders for Hunslet to ship it to the left for trialist Anthony Boardman to score. 16-6 at the break.

Hunslet supporters were well aware that last season the Parksiders would often fall away at home in the second period, but with fresh faces hopefully that won’t happen this year, and early on Anthony Boardman bagged his second try after Danny Rowse had delayed a fantastic pass. 20-6

Pre-season friendlies are there for a reason, and that’s to try out new players in a match situation. Chrimes and Markland looked lively, Hallas ran strongly and Zach Johnson looks a tricky customer, but the momentum swung back towards Bradford with Hunslet’s changes.

Shackleton dummied his way over and Race broke through under the posts to reduce the arrears to 20-18, poor tackling, but Bradford had deserved the points after building pressure.

With the re-introduction of Andrade, Straugheir and Braham though, Hunslet soon got back on top and finished the game strongly. Tonks looked odds on to score before a brilliant try saving tackle. Andrade was held up over the line, but then  sealed the win taking 4 men over the line with him, right on the hooter.

Rowse converted to make it 26-18 to top off a brilliant Man of the Match winning debut.

Coach Gary Thornton will be pleased that his half back pairing gelled, and the forwards especially looked strong. Sterner tests are to come, but as an opener it’s always welcome to get a win.