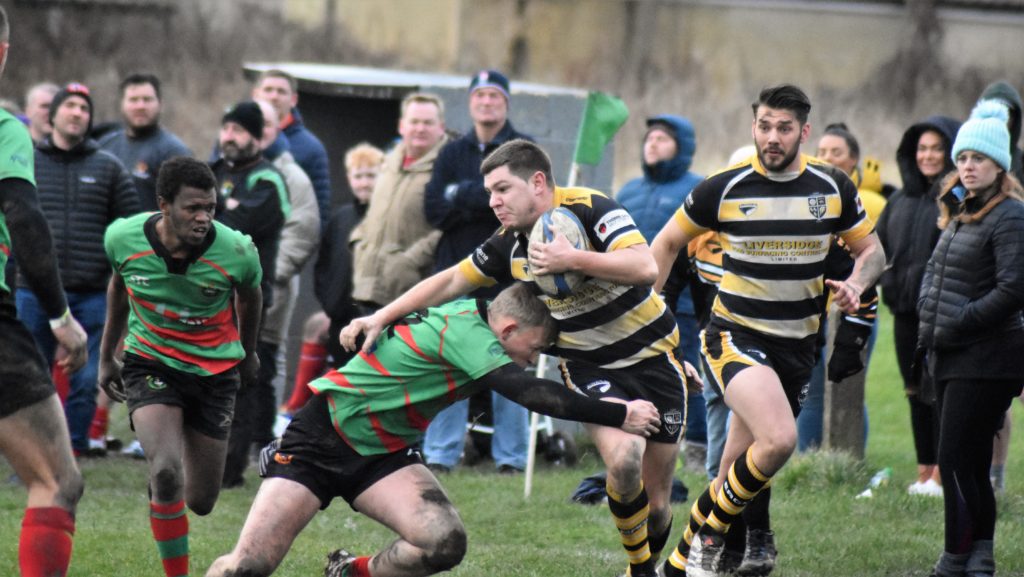 Leeds Corinthians RUFC travelled to Bradford to face Wibsey in their opening game of 2020. Wibsey are a big dogged side and play on a small sloping pitch making it a difficult place to visit.

Corinthians won the toss and chose to play up hill into the wind in the first half, Wibsey started strongly and within minutes had crossed for a converted try. They continued to play the game in the Corinthians’ half aided by long kicks and 10 minutes later added a penalty for a 10-0 lead, before Corinthians eventually got themselves into the game. After several attacks and a sustained period of pressure scrum half Adam Avison took the opportunity to cross for a try, Tom Burnell added the conversion. Wibsey attacked again before half time but Corinthians defence remained tight and they went to the break trailing 10-7.

The second half was more like the usual Corinthians, a penalty goal from Burnell tied the scores before Wibsey had a man in the sin bin and Corinthians took advantage to seal the game. Firstly after a sustained attack prop Andy Wilkinson crashed over for a try.

Then a long kick downfield was excellently chased by James Adiss, Corinthians turned the ball over and Ellis Robinson crossed for the try both converted by Burnell. Corinthians maintained their pressure and were rewarded when wing forward Chris Chapman crossed for the bonus point try and gave Corinthians a deserved 29-10 win.

No 8 Neil Orr was named man of the match, there were several other contenders including forwards Harrison, Cassar, Patton and Thompson who all put in strong performances. Corinthians remain top of Yorkshire 3 and will be looking for another 5 points next week when they entertain Skipton at Middleton on Saturday (11 January 2020) kick off 2:15pm.