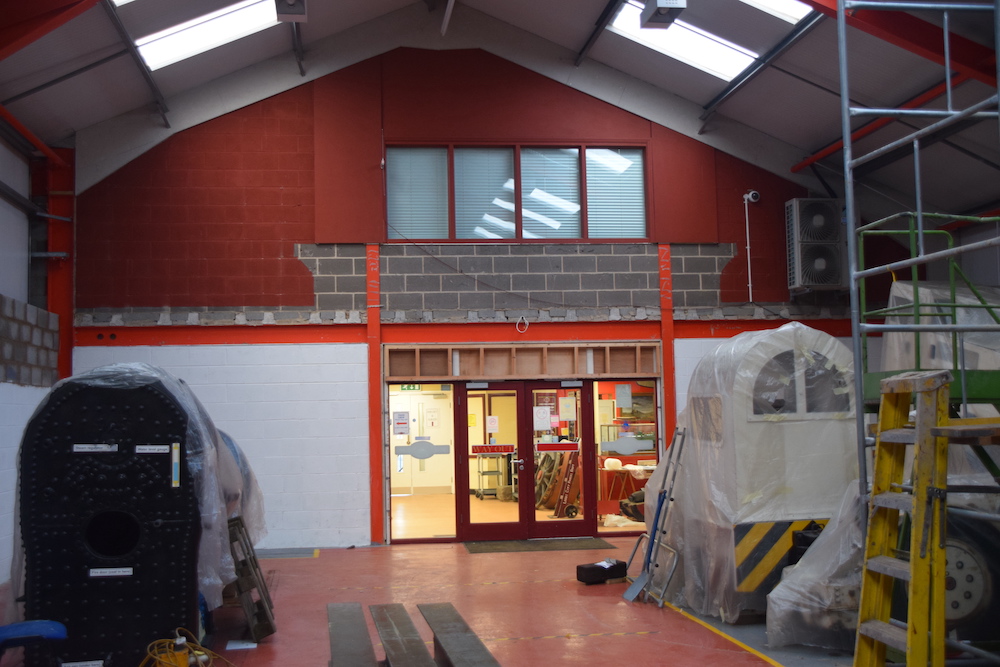 Despite not being able to operate trains at present, Middleton Railway is pressing on with three major projects which have been funded via the two Lottery Grants received earlier this year.

The major project is the construction of a new Mezzanine Floor in their ‘Engine House’, led by volunteer and Civil Engineer, Mark Calvert.

Costing around £50,000 this entails constructing the floor itself, along with steps and an access lift, together with new lighting under the new floor. Already, the steelwork has been cut to size and over 400 holes drilled to fit the whole thing together.

This exciting new project will, when fitted out, tell the story of Matthew Murray and John Blenkinsop plus the Leeds Locomotive building industry – more locomotives were built in Leeds than any ex main line railway works. The only British city to build more locomotives than Leeds was Glasgow, due to the North British Locomotive Company’s output.

In the early years of the 19th century, Leeds was very much a centre of innovation – the ‘Silicon Valley’ of its day and which the Middleton Railway wants to highlight. Mark Calvert commented:

“The mezzanine floor is an exciting development in the story of the Middleton Railway. With the help of the National Lottery and our corporate partners, we have been able to further invest in our site, enabling the Middleton Railway to diversify its income stream and improve our resilience while expanding our offering.

“To have the ability in-house to complete the works is a rare treat, and shows the value of our volunteers.”

The second project, closely associated with the mezzanine, is a £20,000 revamp of the conference room, which will bring it up to a very high standard including new soundproofing and IT facilities.

The railway’s third major project is the rebuild of PMV 2223 as their fourth passenger coach. The intention is to have three working vehicles in service at any one time, with the fourth on standby or under repair.