Many people will have fond memories and some frustrating memories of the old Middleton Community Group meetings, allowing local people to have their voice heard and fighting for improvements to the Middleton area. Lead by the late Dot Mounteney alongside other hard working residents, the group disbanded some years ago and since then parts of our community have felt their voice hasn’t been heard to to make changes needed. 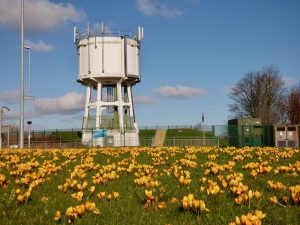 I have lived here all my life, I love our area and despite the odd faults it has, it’s our home and I want to make change for the better; I also know change needs people to step forward and make changes happen.

In July I did just that after a conversation with Carolyne Desvignes, assisted by Andi Shaw, we set out to rise the Middleton Community Group from the ashes.

We had meetings in July and August with over 50 different residents attending over the two meetings.

Council officers and PCSO’s were initially told to stay away as we weren’t an, “official meeting”, and the Councillors were unable to attend, but Cllr Blake did attend our last meeting in August and she did agree to support the re-formation of the Middleton
Community Group. In the August meeting people were asked to put their names forward to sit on a Committee for the Group and meeting arranged with these people.

The first un-official committee meeting was held in September to discuss the ‘new’ constitution, aims and objectives, but also to finalise a date for the re-launch of the Middleton Community Group and to elect a new Committee.

We need YOU to come forward and attend our next meeting to elect our new Committee and officially launch the new group. If you would like to come forward to sit on our Committee, please email wayne@waynedixon.co.uk or contact Wayne on 07852 311717. Membership of the group will be FREE and forms will be available at the next meeting.

The new constitution can be found here: MCG 2018 Constitution 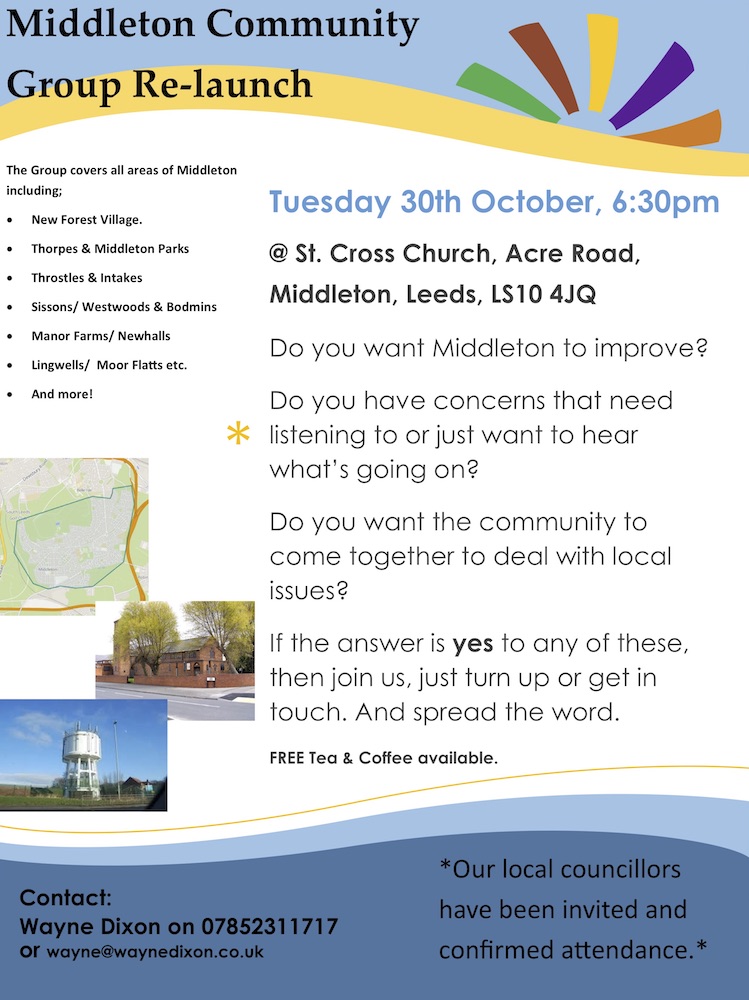