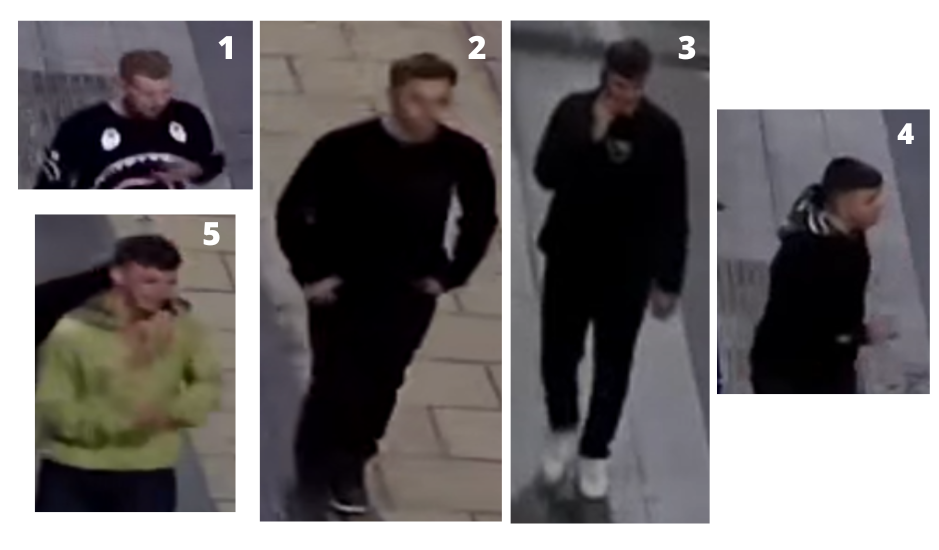 Police investigating an assault in Leeds have released images of some males they would like to identify.

The victim, a 20-year-old male, was walking towards the junction with Water Lane when he was approached by a group of males.

The victim reported that he was racially abused during the incident, which is being investigated as a hate crime.

He received stitches for a cut to his head.

Enquiries have established that a second male was also assaulted in this incident and police are keen for him to come forward so he can also be identified.

Anyone who recognises any of these males in the images is asked to contact DC Roberts at Leeds District CID on 101, or by using the LiveChat facility on the West Yorkshire Police website.