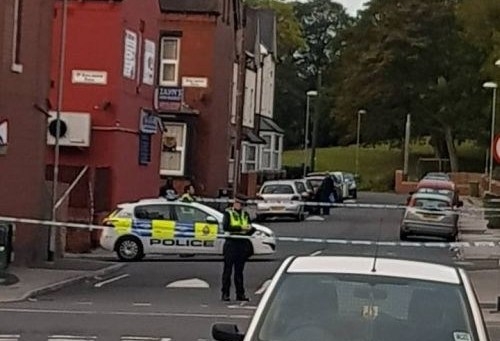 Detectives investigating a shooting in South Leeds (which we reported here) have arrested a man on suspicion of attempted murder.

The 24-year-old man was arrested in a planned firearms operation at an address in Beeston at 3:30am today (Friday 13 October 2017).

He is currently in custody in connection with a shooting incident that took place at about 11pm on Wednesday (11 October) in Maud Avenue, Beeston, at the rear of the King Kebab shop in Tempest Road.

Two men received minor injuries, including a pellet wound to the hand, when a shotgun was discharged twice from a black BMW that pulled alongside the Toyota Yaris they were in.

West Yorkshire Police’s Firearms Prevent Team are continuing to carry out extensive enquiries into the incident and anyone with information is asked to contact officers via 101 quoting crime number 13170472763 or call the independent charity Crimestoppers anonymously on 0800 555 111.