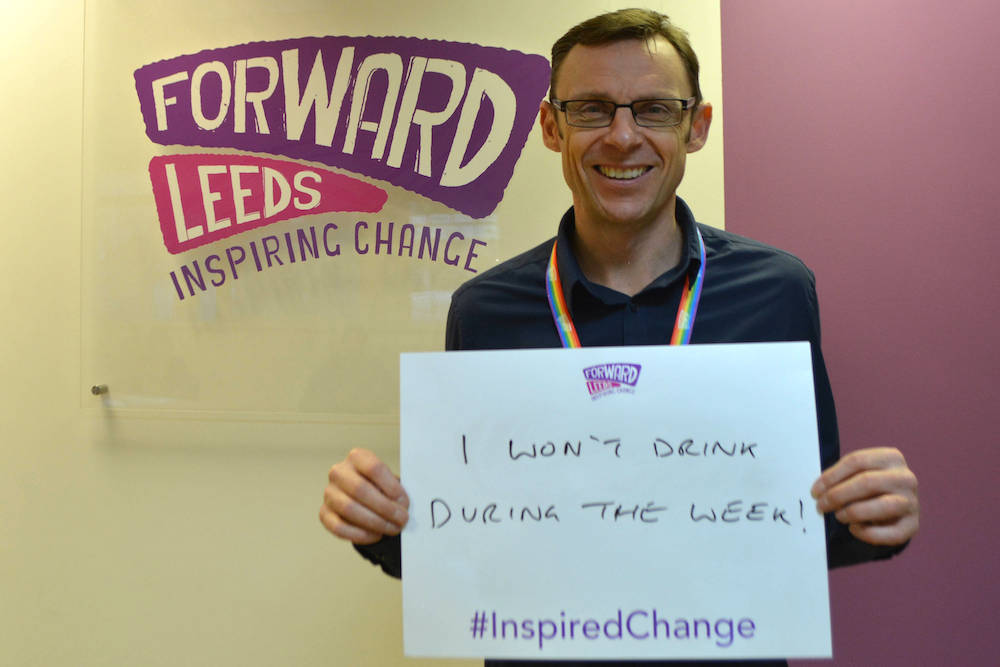 The Leeds alcohol and drugs service Forward Leeds are asking people to pledge a small change to their drinking behaviour and share it on social media using the hashtag #InspiredChange.

It is part of a campaign led by Forward Leeds during Alcohol Awareness Week which runs from 19-25 November 2018 to encourage people to review their drinking.

“We are hoping that in Alcohol Awareness Week people will take some time to consider how a small change to their drinking might have a big impact on their life.

“There are plenty of good reasons to cut back on your drinking including watching your weight, reducing stress and saving money as well as staying healthier for longer.

“Making a small, manageable change like cutting out that after work drink or having more drink free days can mean huge health benefits and people will feel better for it. So we’re asking them to make a personal pledge to change and share it on social media using #InspiredChange.”

Forward Leeds will be running alcohol awareness events all week across the city including at Leeds General Infirmary on Tuesday 20 November, Leeds University Student Union, on Wednesday 21 November, Boots the Chemist, Trinity Centre, on Thursday 22 November and at Leeds Railway Station on the evening of Friday 23 November.

The city’s alcohol and drug service have also organised an Alcohol Awareness event on Friday November 23 in Kirkgate Market where they will be joined by One You Leeds, the NHS and Carers Leeds among others.

Alcohol Awareness Week is a national campaign organised by Alcohol Concern. The theme this year is “change”.