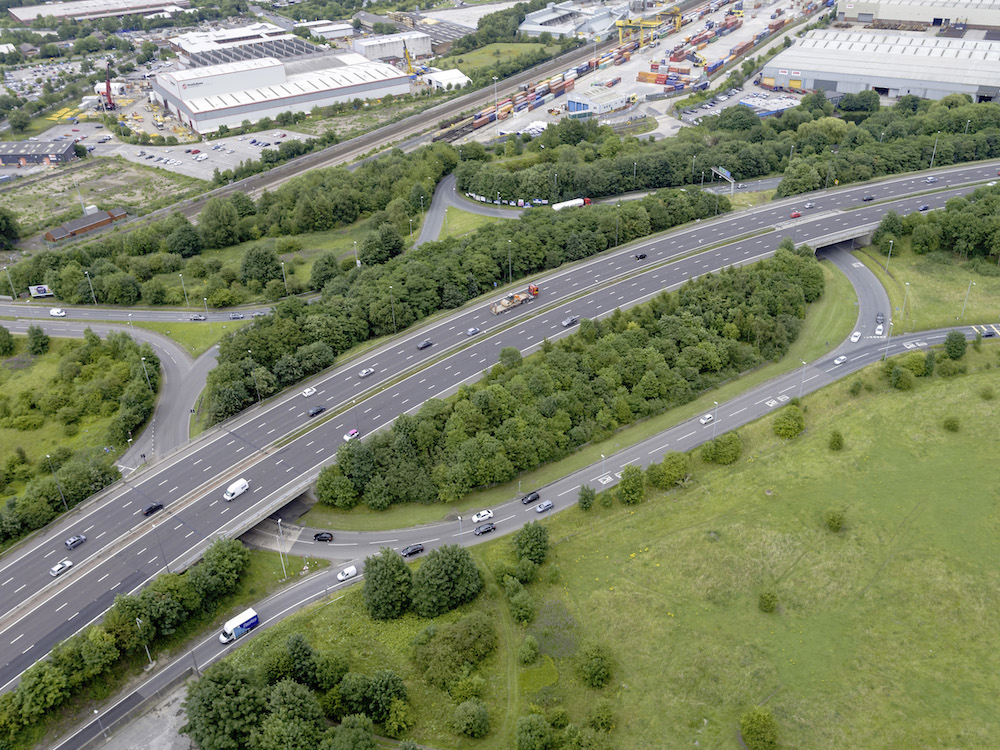 The M621 motorway which sweeps through South Leeds will see further night time disruption in the coming months as preparatory work is carried out ahead of a raft of improvement works. Highways England say that the major investment will support economic growth and improve journey times for drivers and the lives of people living near the road by tacking noise issues.

A series of schemes will all be carried out on the route over the coming year. This will include a major project to improve safety and reduce congestion which will be carried out in two phases.

This autumn work will start to widen the road at junction 7 in Stourton which is the first phase of the major improvement – creating an extra lane by widening the slip road which takes vehicles travelling eastbound onto the roundabout.

Highways England will also widen the northern part of the roundabout – increasing the number of lanes from two to four improving capacity along the route.

Work will start later this month as teams investigate the ground conditions between junction 1 and junction 6 to help plan for the second phase of the major project. Teams will work during the day and night to gather information about the road surface and locate underground pipes and cables. 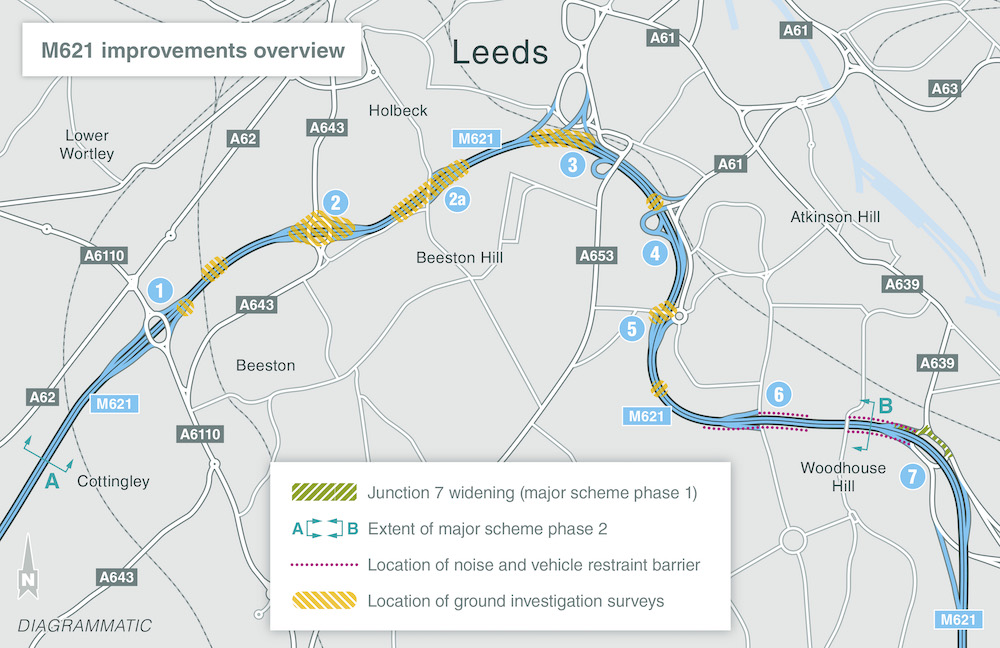 Next year (2020) Highways England will also be installing a new noise and vehicle restraint barriers.

Highways England will be holding two information events for the public to come along and find out more about what is being done to improve and maintain the route.

“Work is due to start this month on a series of projects which are going to improve this vital West Yorkshire route. The work we are carrying out is a major investment and is needed to improve journeys for the thousands of people who use this route everyday and for the communities which live alongside it.

“If you want to find out more about what we are doing please come along to one of our public information events and speak to our team.”

The initial work will be carried out overnight – requiring closures on the M621 and will be signposted in advance. Further details about each improvement will be provided closer to work starting on site.

For more information and updates please visit our website highwaysengland.co.uk/programmes/m621-improvements