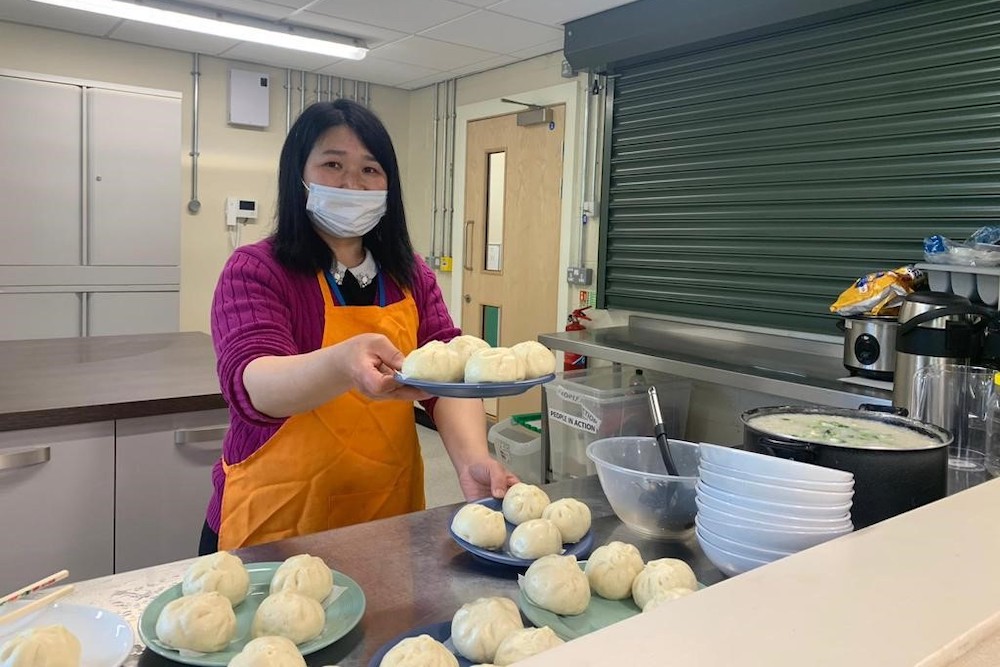 The Lychee Red group, run by Health For All, marked the festival with dinner and Chinese Lantern decorations. The ancient festival originated in China, and celebrates the life & death of poet and statesman Qu Yuan, who many believe died in 278 BC.

Lychee Red members had not been able to meet up for over a year due to the pandemic, but have been making up for it since with socially distanced meals together in the centre, Tai Chi classes, and ‘Laughing Yoga’ led by staff. After many months of being supported with phone calls and phone deliveries throughout the pandemic, one member said:

To refer somebody to Lychee Red Chinese elders group, or to any of Healthy Communities’ support projects for older or frail people aged 50+, call Beeston Community Centre on( 0113) 271 7231.