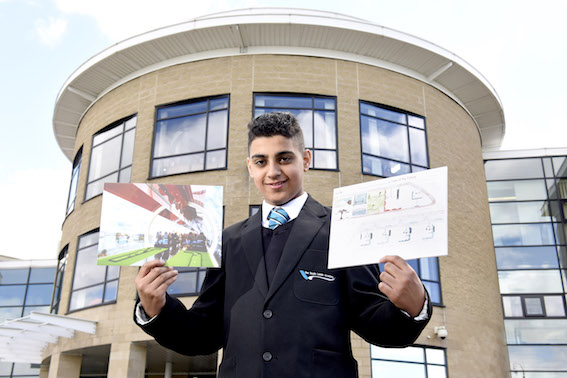 Luqman Hussain has won a nationwide competition with Virgin Trains after designing a futuristic train.

Luqman, a 13-year-old student at The South Leeds Academy, entered the competition in June, along with the rest of Year 7 and 8. He designed a train for the future with his design chosen as one of three winners.

The design, which included a crazy golf pitch, gym and Jacuzzi all on board, helped bag him four first class return train tickets, courtesy of Virgin Trains.