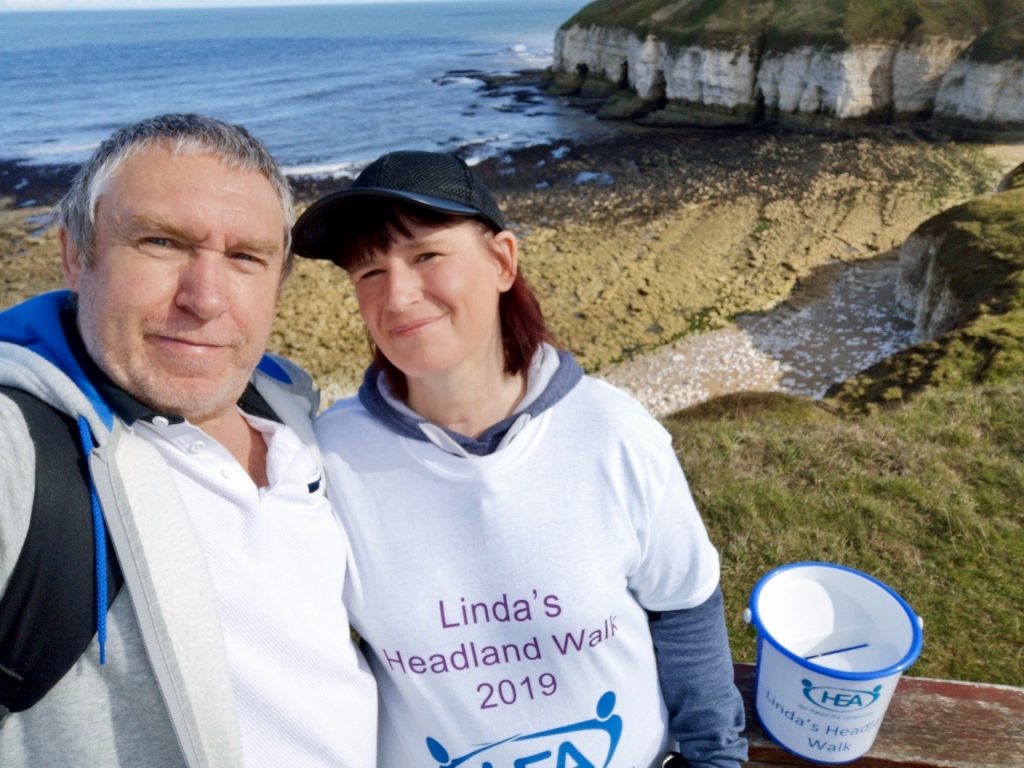 Six years ago Linda Carroll’s world changed when she was involved in a motorcycle crash.

She suffered brain injuries as a result of the accident, which still affects her movement and short term memory. Three years ago her Occupational Therapist encouraged her to start volunteering. The first suggestion of working in a hospital setting was not appealing as Linda could see herself getting hopelessly lost every day. But her mother was a regular at Holbeck Elderly Aid and Linda started volunteering with them.

“I started on the meals service and front of house, I collect the money, organise the raffle, shout bingo, and generally chit chat with the members.”

Linda, comes in twice a week and also helps out with promoting trips and taking bookings for them.

“It’s getting me out and meeting people again. I had forgotten how to communicate, so it’s nice to have a conversation and get to know the service users. I don’t think I’m giving much back, to what they’re giving me. So I decided to raise a bit of money for HEA and thank them that way.

“My boyfriend has a caravan at Scarborough and I set myself the challenge to walk to the lighthouse at Flamborough Head. Andrew (Smith) carried the bucket and everyone we met were really friendly. I had to walk up 110 steps at the beginning plus 80 steps up to the lighthouse. It took me five hours to do what a normal person would manage in an hour and a half.

“It was really hard. Thinking of our service users was the only thing that kept me going at times.”

Linda’s efforts, which were a year in the planning, have raised £400 for HEA, but she’s not finished yet. Next up she plans to abseil down a building for the Headway Brain Injury Group, and then a tandem parachute jump for RNLI and Air Ambulance.

“What Linda brings to us far outweighs what we do for her” said Bryony Redwood-Turner from HEA. “We are incredibly grateful for the work you do It’s so great to have some who knows the clients and becomes part of the HEA family. It’s really special that she’s done this fundraising for us and were chuffed for Linda that she’s achieved this challenge for herself.”