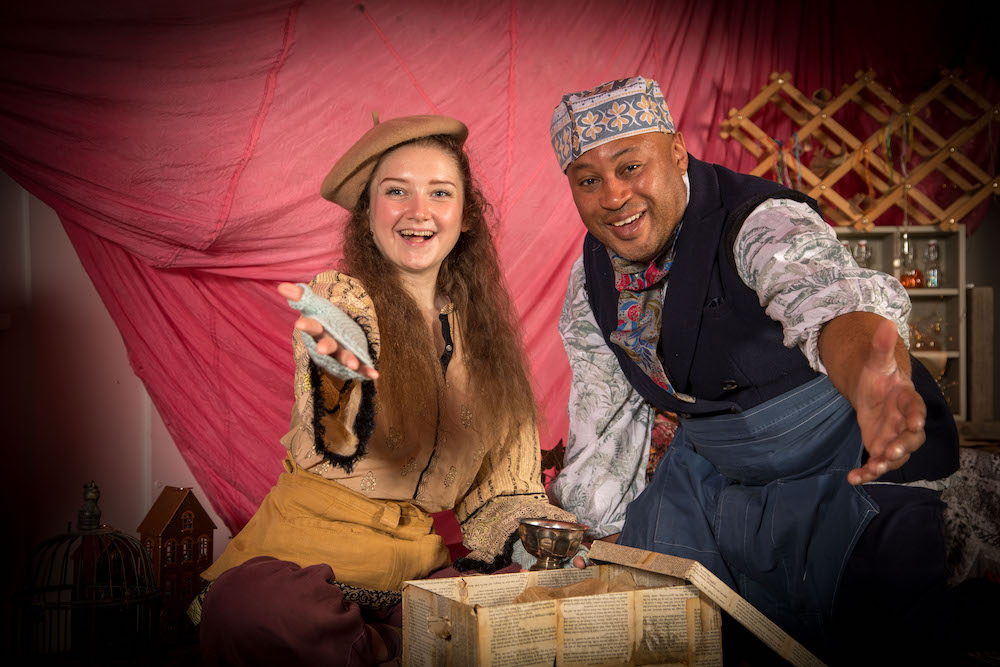 Visitors to Leeds Central Library can take a spellbinding step into an enchanting storybook world this Christmas thanks to a series of immersive live performances.

From Saturday 10 December 2022, the library’s atmospheric Room 700 will be the setting for Libellule Theatre’s magical production of The Storymaker’s Apprentice throughout next month.

Aimed at children aged three to eight, and with performances that are accessible to all, the show tells the captivating tale of Tan, an apprentice at Barwick’s Bibliopole, makers of the finest books in town.

As the Winterlight festival approaches, Tan is busy helping forge stories for others but wishes she could tell a tale about a girl just like her.

Performances will take place amid the library stacks and will invite the audience to take part in the story. Ticket prices have also been subsidised by funding from Arts Council England to keep them as affordable as possible.

“The Storymaker’s Apprentice is all about the magic of storytelling. We have worked with schools to develop the stories and it will show that everyone has a right to tell their tale, and to see their own culture and community reflected in the pages.

“Where better to perform a show about the joy of stories but in a library?! We’re thrilled to be given this opportunity to work with Leeds Central Library and can’t wait for this heart-warming tale to unfold amongst the books.

“The performance will draw the audience into the world of Barwick’s Bibliopole inviting them to share in the story making magic.”

As part of the development for the performances, Libellule Theatre has conducted workshops with children in schools, local libraries around Leeds, in community hubs as part of the Healthy Holidays Scheme as well as with refugee families.

“Leeds Central Library is such an atmospheric building filled with stories and history. Libraries and their events are also an accessible and affordable way to experience culture for many residents and families.

“It’s the perfect setting for such an immersive and interactive performance and I’m sure this will be an enchanting occasion for audiences over the Christmas season.”

The Storymaker’s Apprentice will be at Leeds Central Library from 10-31 December. Tickets are £5 for children and £7 for adults and can be booked at www.ticketsource.co.uk/whats-on?q=libellule

There are also extra performances especially for schools on 7, 8, 9, 13, 14 and 15 December. Schools can email louise@libelluletheatre.co.uk to book.