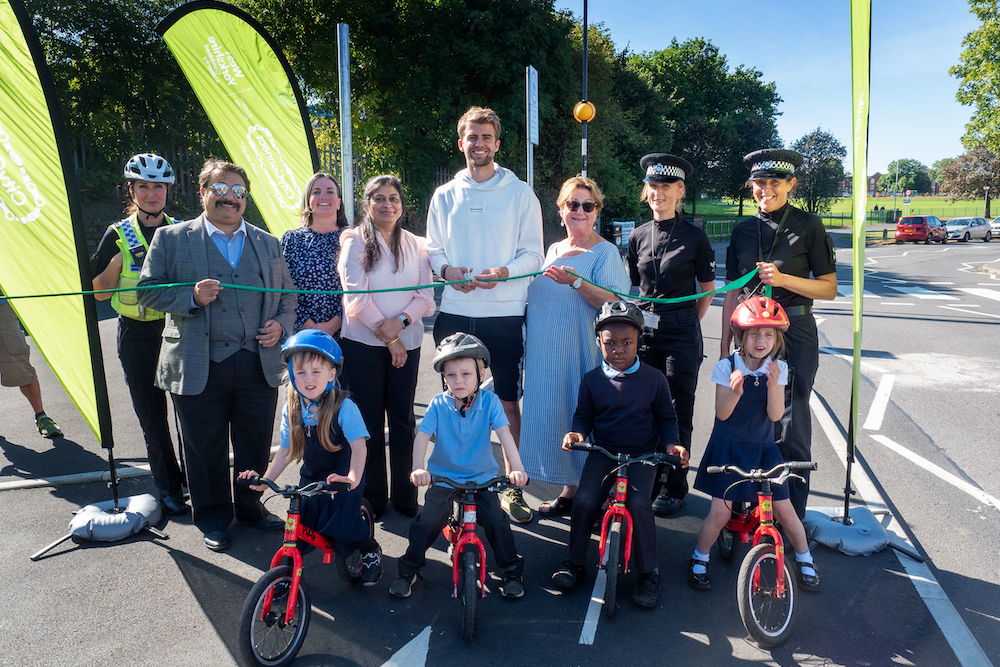 The 1.5km route, which runs from Elland Road Park & Ride to the city centre, will help connect people in south Leeds with job, training, education and leisure opportunities.

It is part of a £6.4 million package delivered by the West Yorkshire Combined Authority in partnership with Leeds City Council, including the Claypit Lane route that opened earlier this summer and a scheme to extend the existing segregated cycle lane on Dewsbury Road with a 1.5km section of new route between Garnet Road and Beeston Ring Road.

“Making it easier to cycle and walk, as well as travel by bus and train, is at the heart of my Mayoral pledges to make transport work for people and tackle the climate emergency on our way to becoming a net zero carbon economy by 2038.

“A better and more inclusive transport network goes beyond getting people from A to B.  It is about making sure everyone can access job, education and training opportunities and getting all of us — our people, our communities, our businesses – to where we want to be as a region.”

“We are pleased to have worked in partnership with Leeds City Council on this important scheme, which will provide communities in Holbeck and Beeston with a high-quality route into the city centre.

“From connecting us to the places we need to go, to reducing air pollution and congestion, and boosting our physical and mental health, we know getting more people cycling and walking has a vital role to play in making West Yorkshire an even better place to live, work and play.”

“We’re delighted to open this new segregated cycling route at Elland Road, linking the Park and Ride to the city centre. It builds on the expanding Leeds cycle network, providing a safe, segregated route which links directly into the south of the city.

“Now more than ever, it’s crucial that we offer options for walking and cycling as an everyday, natural and pleasant choice. It also plays an important role in improving connections for people in south Leeds to local jobs, education, and leisure opportunities.

“It would be remiss not mention our ‘Walk it Ride it’ campaign alongside this new opening. Walk it Ride it is a collective city-wide movement towards healthier, greener travel in Leeds. We want to inspire, and help others inspire, more people to consider walking or cycling for those shorter trips. This new cycle route should make that an easier choice for the surrounding communities. Leaving a car at home and walking or cycling is good for our health, it’s good for our air, cuts congestion and makes our streets and roads safer.”

“I’m really pleased to be able to come down and get involved in the launch of the Elland Road cycle lane. Not only is this a great way to connect people in this area with the city centre, it also helps people to stay fit and healthy and, importantly, it can help to reduce the carbon footprint in Leeds. Tackling climate change is vital and every step we take towards becoming carbon neutral is important.”

They are being delivered through the Combined Authority’s CityConnect programme, which is aimed at enabling more people to travel by bike or on foot.

From route information to free adult cycle training and support for businesses, find out how CityConnect can help you cycle and walk more at cyclecityconnect.co.uk.