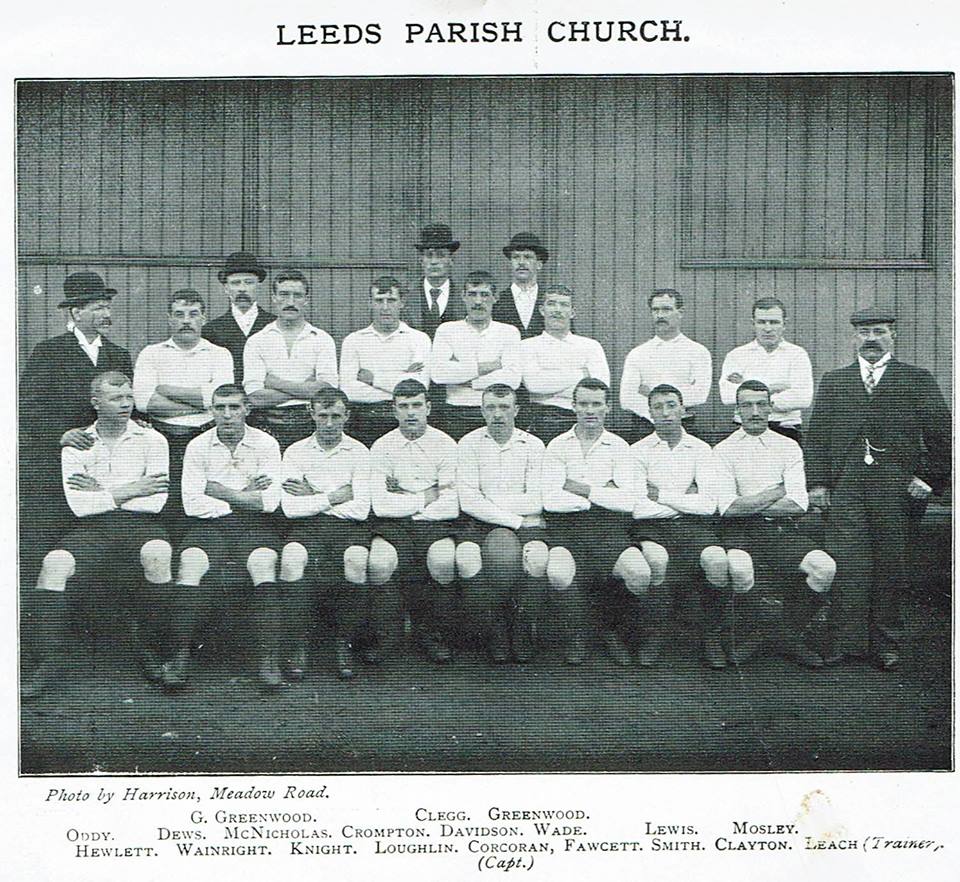 The Leeds Parish Church (now the Minster) football (rugby league) team was formed around 1874-79 as part of the church recreation section, an attempt to bring the Muscular Christianity movement to the working class of Leeds.

The association was a philosophical group that originated in England in the mid-19th century, characterised by a belief in patriotic duty, manliness, the moral and physical beauty of athleticism, teamwork, discipline, self-sacrifice, and the expulsion of all that is effeminate, un-English, and excessively intellectual.

The good intentions of the movement were largely ignored by the members of Leeds parish church football club when they soon developed into a club that, allegedly, used illegal payments and inducements to strengthen their team and certainly employed excessive rough and dirty tactics during games.

They played their home games at Clarence field, Crown Point. A ground over Crown Point Bridge from the church that led to the club’s nickname “’T lads from over ‘T bridge.” The ground was very near to the Leyland’s district of the city, an area predominantly populated by Jewish immigrants. The youths of the quarter soon took to attending home games to try to integrate with Leeds life.

Leeds Parish Church were accepted into the Northern Union in 1896 and joined the Yorkshire senior competition, where they were to stay throughout their membership of the union they developed into a mediocre club in the league competition. In 1900 they were fined £20 when a section of their passionate supporters attacked the Brighouse rangers’ team by throwing a series of missiles at them. Rawlinson was hit on the nose by an iron nut one and a half inch thick and weighing 8 ½ ounces another player Denham was injured by a piece of hard cinder.

In the 1899/00 season the churchmen embarked on an incredible run of victories in the challenge cup competition, they defeated Seaton 5-0, then Altrincham 15-3. In the third round twice winners of the cup, Batley were vanquished 7-2, a crowd of 20.000 witnessed parish church draw 5-5 with Runcorn in the quarter final at Clarence field. The churchmen defeated Runcorn 8-6 in the replay to set up a semi-final against Swinton at Oldham. The mighty lions of Swinton were just too much for parish church winning 8-0, witnessed by 14,000 at the Watersheddings ground, Swinton went on to defeat rivals Salford 16-8 in the final at Fallowfield, Manchester.

In July 1901 the Leeds Parish Church football club resigned from the northern union due to problems with the lease of their ground.

This article is taken from a new book about the history of rugby league. The book, The Northern Rugby Football Union: the birth of rugby league 1895 to 1922, by Les Hoole. The book has over 200 photographs of those early seasons of rugby league including south Leeds stalwarts Hunslet and long gone Holbeck. The book also features many other clubs and a full history of the challenge cup from 1897 to 1922. It’s available direct from the author for £17 post paid email leshoole01@yahoo.com for payment details